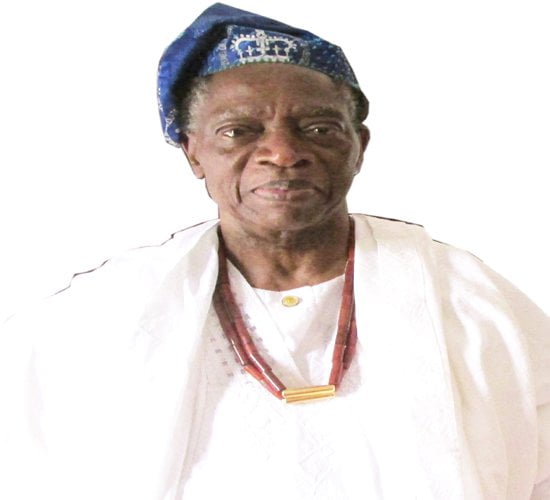 A prominent traditional ruler in Ondo State, with the title Olowo of Owo, Oba Folagbade Olateru Olagbegi (aged 77) is dead.

The first class monarch who ascended the throne of his forefathers in 2003 was said to have died inside his palace on Tuesday.

A source at the palace of the deceased monarch said the ruler had earlier attended a security summit held in the town on Tuesday.

According to the source, the late monarch later developed complications after he had retired to the palace and eventually died.

Although the state government is yet to make any official statement on the death of the traditional ruler, the news of his death has gone viral within the state.

The Chief Press Secretary to the Governor, Mr Segun Ajiboye, said he was yet to receive formal notice of the monarch’s death and could therefore not make any comment on his death.

Incidentally, the state Governor, Mr Rotimi Akeredolu who hails from Owo was on an official engagement outside the country, Sun News reports.

However, an official of Owo Local Government Area of the state who preferred anonymity confirmed the death of the monarch, saying that the chairman of the Local Government would today (Wednesday) formally announce it.

He said the monarch had been in and out of the hospital for over a year attributing his death to health challenges he suffered since his ascension to the throne.

The late traditional ruler was a prominent lawyer during his life time and he was honoured with the national award of the Commander of the Federal Republic (CFR).