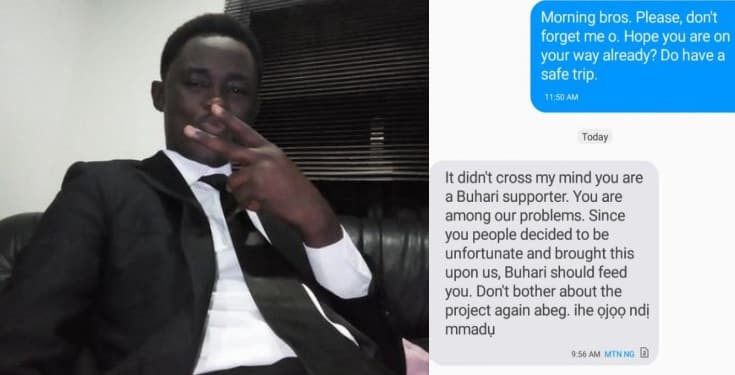 A die-hard fan of President Muhammadu Buhari, identified simply as Architect Bolu has lost a contract valued at N3.4 million for his allegiance and support for the Buhari-led administration.

Bolu took to his social media handle to share what he described as sad news as he said that he had invested much into the contract but he was disappointed at a message he received where was told that he cannot be awarded the contract just because he portrayed his love for the Buhari-led administration.

Bolu also went ahead to share the text of a message he got from the client, calling off his contract.

Naija News understands that the client in his text message dissolving the contract, asked Bolu to meet Buhari to feed him.

Below is what Bolu shared on his social media handle as the reason he lost the contract. 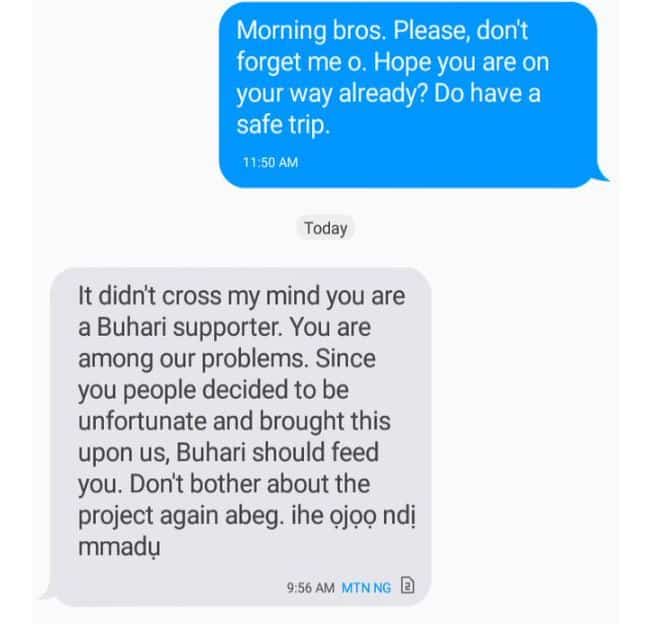