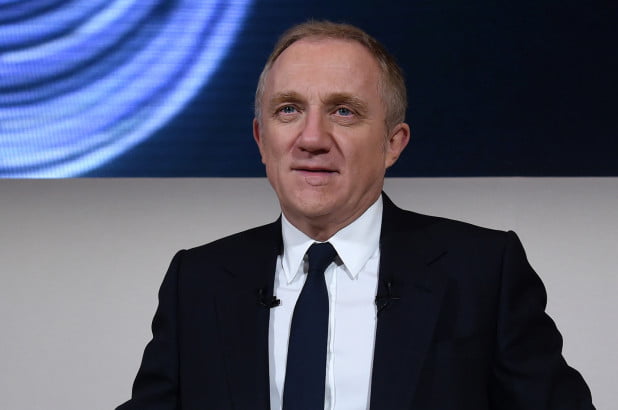 The chairman and chief executive officer of Gucci owner Kering SA, Francois-Henri Pinault has promised to donate 100 million euros ($113 million) to help in the reconstruction of Notre-Dame cathedral after the French landmark was ravaged by fire on Monday.

Naija News had reported earlier that a catastrophic fire engulfed Notre Dame Cathedral in Paris, one of France‘s most famous landmarks, altering the city’s skyline in the process.

A report by BBC says the fire began at around 18:30 (16:30 GMT) and quickly reached the roof of the cathedral, destroying its stained-glass windows and the wooden interior before toppling the spire.

French officials say the 850-year-old Gothic building’s spire and roof have collapsed but the main structure, including the two bell towers, has been saved.

The report monitored by Naija News, says firefighters are still working to contain the blaze as teams try to salvage the artwork stored inside.

Though the cause of the fire outbreak has not been ascertained, French officials, however, say it could be linked to the renovation work that began after cracks appeared in the stone, sparking fears the structure could become unstable.

Reacting, Pinault, a luxury-goods magnate,  said he and his father, Francois Pinault, will donate the funds from their Artemis investment company, the family said in an emailed statement.

“This tragedy is striking all the French people, and beyond that, all those attached to spiritual values,” Francois-Henri Pinault, 56, said in the statement. “Faced with this tragedy, everyone wishes to give life back to this jewel of our heritage as soon as possible.”