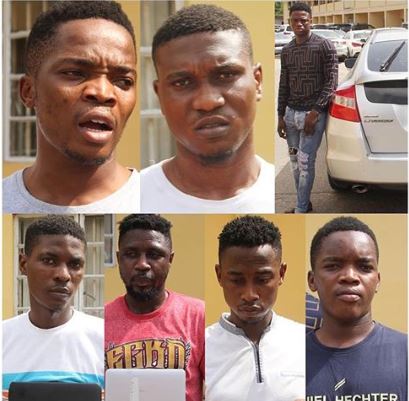 Naija News reports that the suspects were arrested by the operatives of the anti-graft agency at the Eleganza Estate and Paradise Estate along Lekki/ Ajah.

Upon their arrest, items recovered from the suspected Internet fraudsters include two cars (Honda Crosstour and Toyota Camry) seven laptops and six phones.

While confirming the arrest, an EFCC source revealed that the suspects will soon be charged to court as soon as investigations are concluded.