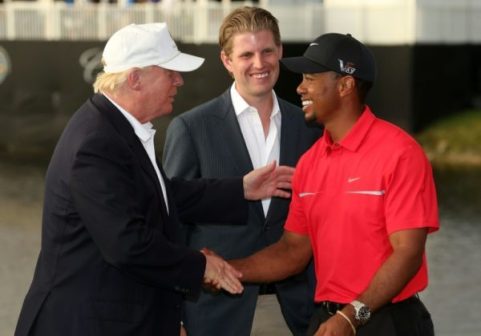 President Trump who is a lifelong golfer and owner of golf resorts, announced this on Monday, a day after Woods stunned golfing world by winning his fifth Augusta Masters title.

“Spoke to @TigerWoods to congratulate him on the great victory he had in yesterday’s @TheMasters,” Trump tweeted.

“Because of his incredible Success & Comeback in Sports (Golf) and, more importantly, LIFE, I will be presenting him with the PRESIDENTIAL MEDAL OF FREEDOM!” Trump said.

Woods came back from the golfing wilderness to end an 11-year majors drought with the win at Augusta, Georgia, on Sunday, earning praise from around the world.