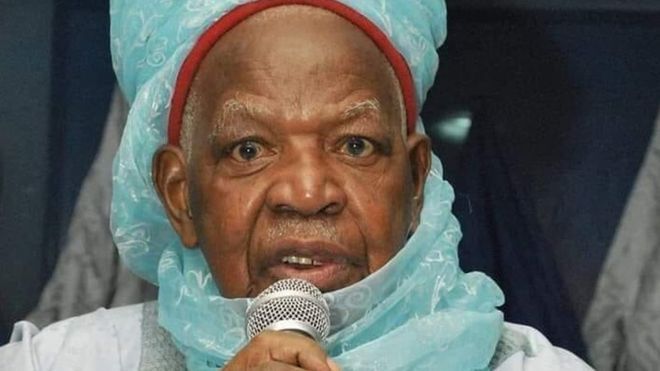 The Senate President, Bukola Saraki has taken out time to speak about the demise of the former President of the Court of Appeal, Justice Mamman Nasir.

Naija News reports that the Senate President in his message mourned late Justice Nasir who was also the District Head of Malumfashi in Katsina and died at the Federal Medical Centre in Katsina state.

Saraki in his statement signed by his special adviser on media and publicity, Yusuph Olaniyonu on Saturday, said the late justice was an eminent jurist whose contribution to the national development of the country cannot be over-emphasised.

He said the rulings of the former justice while he presided over matters brought before him would remain a guiding light and source of inspiration to members of the bench and bar.

In his words, Saraki said; “Justice Mamman Nasir was a fearless and hardworking jurist, who approached every assignment with firmness and patriotism.

“He contributed immensely to the development of the judiciary in particular and the nation in general. We shall all miss him.

“He looked very strong when I presented his award to him at the inaugural annual awards ceremony of the Body of Benchers.

“Nobody could see him that day and predict that he was in his last days. But Allah knows best,” Saraki said.

The President of the Senate commiserated with the immediate family of the deceased, the judiciary, and the government and people of Katsina State over the sad and irreparable loss.

He prayed “Allah to grant the departed soul a place among the righteous ones in Aljannah firdaus and his family and loved ones the fortitude to bear the loss.”

Late Nasir was earlier appointed as President of the Court of Appeal in 1978, a position he held until he retired in 1992 to ascend the throne of Galadima of Katsina and was turbaned on May 9, 1992.