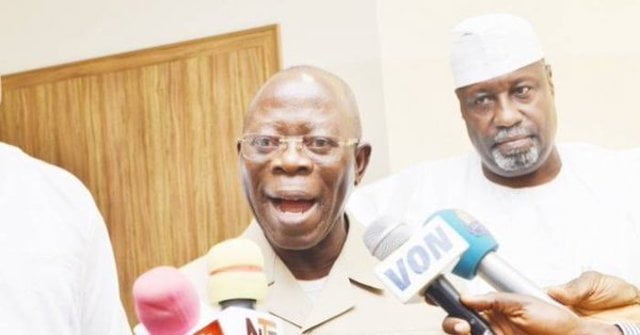 The All Progressives Congress (APC) in Sokoto has passed a vote of no confidence on the party’s national vice chairman, North West, Malam Inuwa Abdulkadir.

The APC passed the vote on Saturday during the Sokoto State Executive Committee of All Progressives Congress.

APC committee also passed a vote of confidence on the leadership of Sen. Aliyu Wamakko (APC-Sokoto) in the state.

Naija News understands that a statement signed by the state’s APC Chairman, Alhaji Bello Danchadi revealed this in a statement obtained by Naija News on Sunday.

“The executive committees of the party and their chairmen in the 23 Local Government Areas (LGAs) of the state as well as elected national and state House of Assembly members under APC umbrella made the decision during a meeting in Sokoto.

” The committee members condemned the actions of the National Vice Chairman in charge of the zone, Malam Inuwa Abdulkadir, and unanimously passed a vote of no confidence on him, sequel to sustained and flagrant anti party activities.

” The party regretted that, Abdulkadir has continued to romance and openly work for the opposition party, rather than his supposed party, the APC.

“The leaders of the party have therefore called on the national leadership of the APC to urgently do the needful, take all the necessary steps to remove Abdulkadir from office,” Danchadi’s statement said.