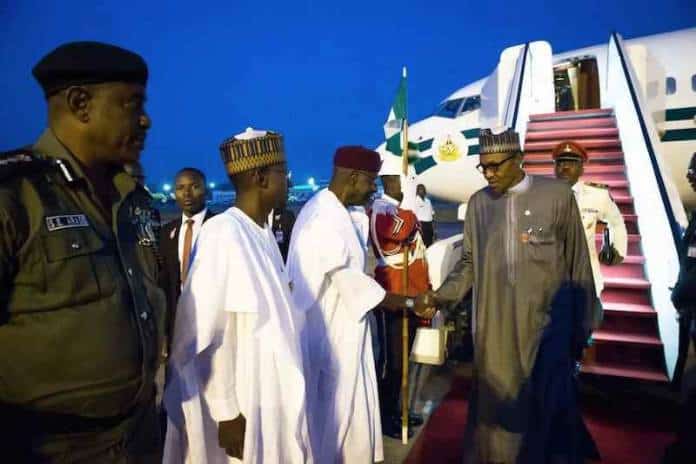 President Muhammadu Buhari on Saturday returned to Nigeria from Chad after participating in a one-day Extraordinary Session of the Conference of Heads of State and Government of the Community of Sahel-Saharan States.

During the summit, Buhari raised alarm over the influx of small arms into Nigeria, saying such weapons “are flowing into the hands of militia forces, bandits and insurgents who are becoming a threat to human rights and internal security.’’