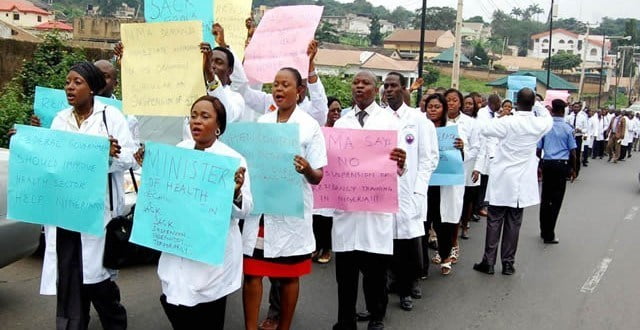 A general medical practitioner of the Federal Medical Center, Gusau, Manir Bature, has on Thursday called for a law that would forbid medical personnel from going on strike.

The event was organised by a non-governmental organisation, Advocacy Nigeria where Bature made the call at the media dialogue involving youths and women groups as well as some Civil Society Organisations (CSOs) at Rawiya village, Gusau Local Government Area of Zamfara.

According to him, medical practitioners should sort an alternative means of reacting to disagreements rather than embarking on strikes as he claimed that strike actions are not healthy for the growth of the health sector of any country.

Earlier in his remarks, the state coordinator, Advocacy Nigeria, Rabiu Sambo, said the essence of the interaction was to educate the people on how to check practices, especially in the health care sector.

He said urged the people in general to speak out and challenge any act of corruption at all levels, while ensuring that the authorities put in place necessary infrastructures to advance healthcare services.