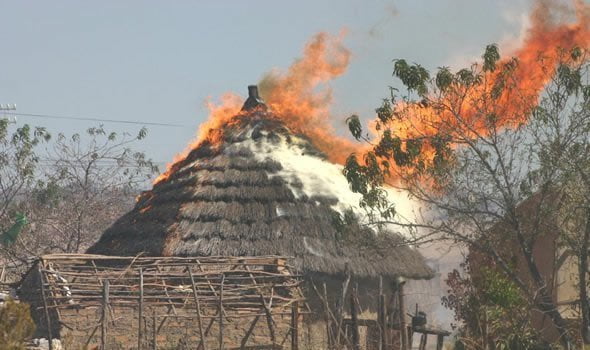 A man identified as Eleward Sariwa, has been taken to a Zimbabwean court for setting his neighbour’s house  on fire for rejecting his sexual advances.

The 23-year-old man allegedly broke into Precious Jamu’s home, and laid down on her bed, naked, waiting for her.

According to iHarare, Sariwa’s actions was without the consent of Jamu and was shocked to find Sariwa on her bed.

She revealed that when she complained about Sariwa’s conduct, he stated that he needed to have sex with her.

Jamu turned down the advances and threatened to scream for help if Sariwa did not leave her house. Sariwa left but threatened to get back at her.

After leaving Jamu’s house, he set her kitchen hut on fire and destroyed property worth $350.

Sariwa faces charges of unlawful entry and malicious damage to property. He has been remanded in custody till April 17.