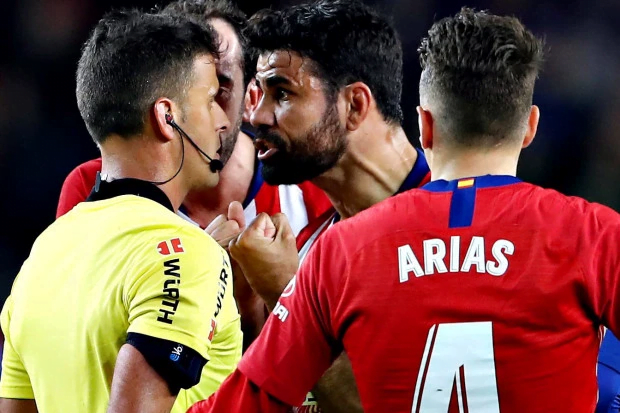 The Spanish Football Federation has banned Atletico Madrid striker Diego Costa for eight games after being found guilty of abusing a referee.

Naija News recalls that the 30-year-old striker was sent off during Atletico’s 2-0 loss to Barcelona in La Liga by official Jesus Gil Manzano.

In his match report, the official had said the former Chelsea forward “insulted his mother”, a claim Costa denied.

This online news platform understands that the ban rules Costa out of Atletico’s remaining La Liga fixtures this season.

The Spanish International, who can appeal against the ban, received a four game suspension for insults to the referee and a further four for grabbing the official’s arm.

“I asked the referee and he told me Costa said something to him,” Atletico manager Diego Simeone said after the game.

“Other players have said things and not been sent off but that does not justify what Costa did.”