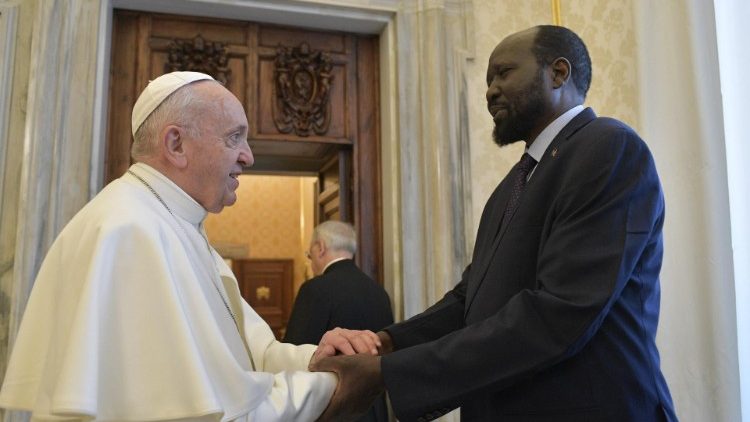 Pope Francis will on Wednesday (today) host the President of South Sudan Salva Kiir and former rebel leader Riek Machar to a two-day "spiritual retreat" at the Vatican.

The unusual meeting, which the Vatican has said was proposed by Archbishop of Canterbury Justin Welby, is an attempt to uphold a fragile September 2018 peace deal between Kiir and Machar.

"Apart from Machar, the retreat is to be attended by three other designated vice presidents under the peace deal, and by South Sudan's top religious leaders.

Francis is due to deliver a closing address at 5 pm (1500 GMT)on Thursday, after which participants will be given a Bible with the message: "Seek that which unites. Overcome that which divides.''

The Bible will be signed by the pope, the Archbishop of Canterbury and the former leader of the Presbyterian Church of Scotland, Reverend John Chalmers.

South Sudan, founded in 2011, is the world's youngest country.

In 2013, a split between Kiir and his former deputy Machar triggered a civil war in the East African nation that has led to tens of thousands of deaths and the displacement of some four million people.

Kiir, a Catholic, was granted a papal audience in March.

At the time, Francis expressed the desire to visit South Sudan – something that has so far been impossible given the volatile security situation.