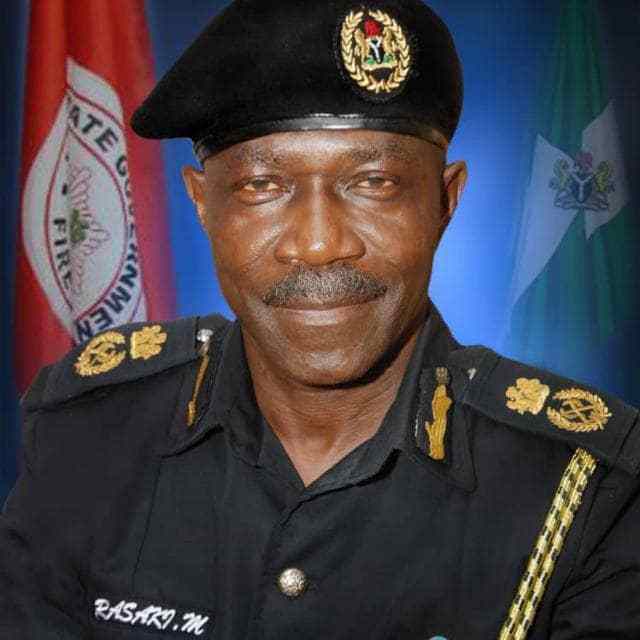 The Lagos State Director of Fire Service, Rasaki Musibau and six others who were abducted on Saturday have regained freedom.

Naija News reports that the victims were released in about three days after their Saturday’s abduction.

Naija News recalls that Musibau and seven others were abducted along the Itoikin-Epe road in Ikosi-Ejirin Local Council Development Area in the state.

The abductors were said to have stormed the bridge and stopped vehicles conveying the victims along Iwoye bridge, ordered the road users to alight from their vehicles and whisked them away.

According to Elkana, they were released around 11.45pm on Tuesday.

In his statement, Elkana said; “On 09/04/2019 at about 11.45pm, the Director of Lagos State Fire Service, Rasaki Musibau and 6 others kidnapped on 06/04/19 at about 8.00pm, at Ketu-Ereyun, Ikorodu were released unhurt by their abductors. The Victims have since reunited with their families.

“The Command’s Tactical teams are still in the creeks and forests combating the hoodlums. A water-tight security measures are emplaced across the State to forestall future occurrence.

“The Command deeply appreciate the supports of Lagos State Government and the good people of Lagos State who stood by us and also provided useful information that facilitated the prompt rescue of the victims. Together we will continue to make Lagos State one of the safest states in Nigeria,” he said.