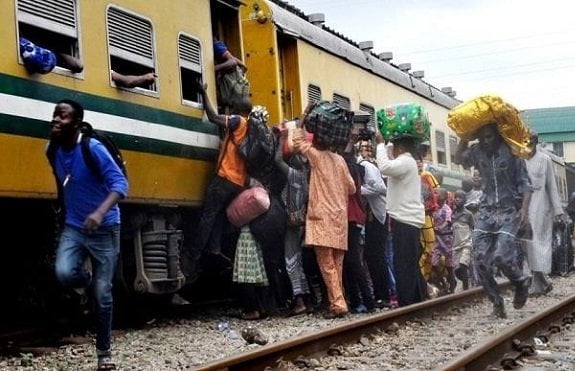 A passenger, Ijoko to Iddo bound Mass Transit train has hacked to death, a beggar at the Mushin railway station, in the Mushin area of the state.

Naija News reports that the incident happened in the early hours of Monday, April 8, when six of the beggars were sitting on a row at the teeth of the Mushin railway station in Lagos.

The Lagos District Manager of the corporation, Jerry Oche confirmed the report to Naija News while speaking on the matter in Lagos.

Oche re-emphasised that the life of every Nigerian is important but said that no one has the right to seat close the railway track, stressing that the safety of Nigerians was paramount to the corporation.

Oche, however, urged traders, hawkers, beggars, passersby and road users to stay away from the rail lines across the state to avoid any casualty as such.

“Anybody who has no business entering the train should not be on the rail corridor, because it is very dangerous.

“It’s like a suicide mission seeing a train approaching and you are still sitting down on the track,” he said.