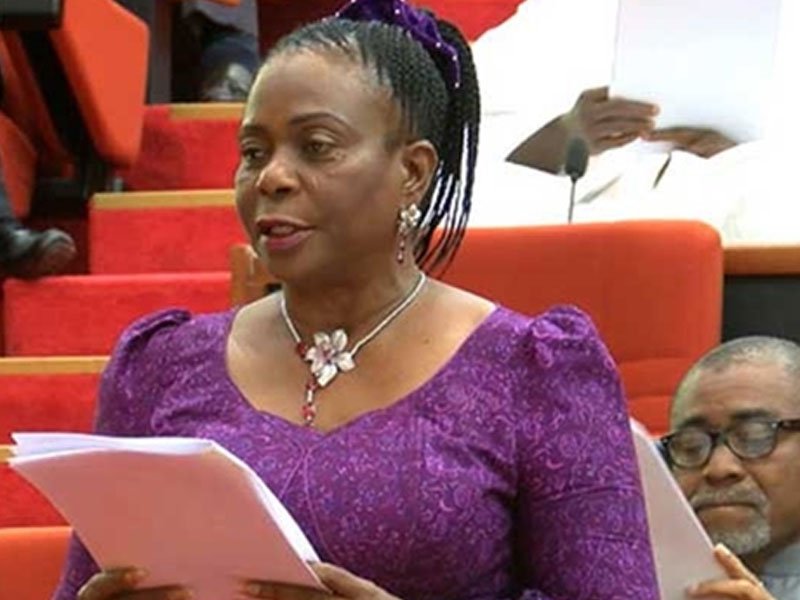 The Senator representing Ekiti South constituency, Biodun Olujimi, has revealed that she will not leave the Peoples Democratic Party because of her personal principles and values as a politician.

The Senate Minority Leader also stated that PDP has a certain liveliness that can not be seen in other political parties in Nigeria.

She further stated stated that many politicians which defected from the party might not be satisfied where they are.

The lawmaker made this claims during an interview with New Telegraph newspaper.

When she was asked if she would leave the party after her defeat at the election, she said;

“I am someone, who is grounded. I can never defect and the reason is simple. One must be known for honour, integrity, and steadfastness.”

“This is the party, where I have achieved a lot. Why do I need to change it for another?”

“What am I looking for than to serve my people and if they don’t want to be served, what do I do?”

“There is no party like PDP. The truth is that it is the liveliest party, we are always there for one another and we support each other.”

“It is really difficult to leave PDP for another party; it is the party that is ready to listen to the views of every member. We are trying to get our members back.”

She stated that she and some politicians in the state are already working towards the party winning the state in 2022.

“Whether you like it or not, when a new government comes, as the head, they sweep everything away, but we are going to sweep the polls next time around,” she said.