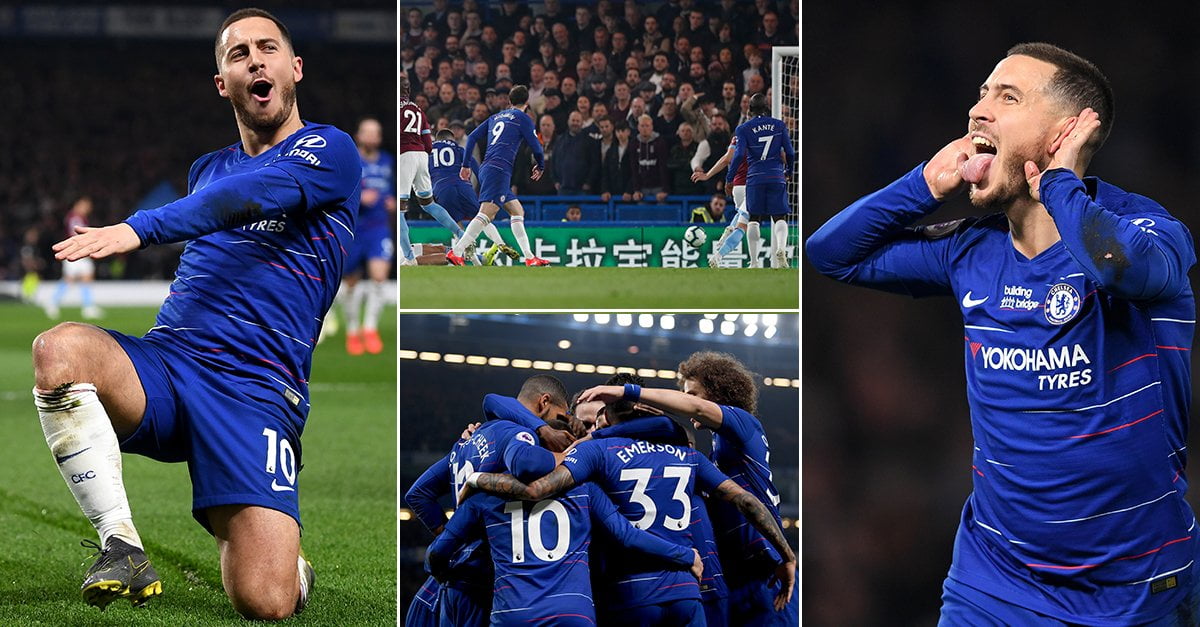 Chelsea Football Club attacking midfielder, Eden Hazard has debunked the rumour that he would be heading to Spanish club Real Madrid.

Naija News reports that Hazard denied this after Chelsea defeated Westham 2-0 on Monday night to move to the third position on the English Premier League (EPL) table.

The midfielder slalom through the opposition before scoring The Blues opener on the 24th minute on Monday night, sparking a reaction from West Ham supporters who replied with: “Eden Hazard,” they chanted at Stamford Bridge, “he’s off to Madrid.”

Reacting to the chants, Hazard told Sky News after the match that he has no intention of joining Madrid any time soon.

“They are wrong,” Hazard said. “Now I am just focused with Chelsea until the end of the season… We have still a lot to do and then we will see.”