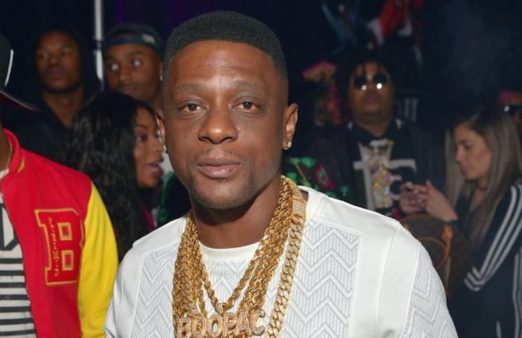 According to Complex, American rapper, Boosie has been charge with drug and firearm charges.

Boosie was arrested at a traffic stop in Newnan, Georgia, alongside a friend, Antonio Allen. Officers reportedly saw about 11grammes of marijuana and a loaded gun in their car.

Jeff Bugg while speaking with newsmen stated that he saw their car, a white Dodger Charger, swerve in and out of its lane and nearly sideswiped a vehicle.

He stated that he perceived smell of Marijuana during the traffic stop.

Further report revealed that the rapper admitted to talking on the phone while driving, which is a crime in Georgia and revealed that Allen is his bodyguard.

Both men were charged with possession of marijuana in addition to possession of a firearm during the commission of a crime. They are both currently being held in the Coweta County Jail.