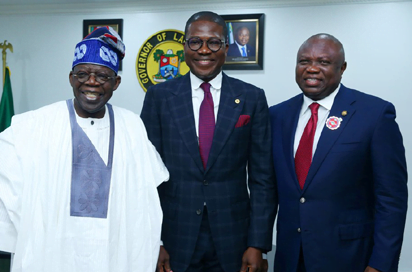 The Lagos State Government has refused to release information on how much of taxpayers’ money it has spent on houses, vehicles, and allowances of its former governors and ex-deputy governors.

This follows a Freedom of Information letter addressed to the Secretary to the State Government, Mr. Tunji Bello in December 2018, requesting details of what is been spent as pension for the ex-governors and ex-deputy governors.

Specifically, Punch had based on the Public Office Holder (Payment of Pension) Law No 11 official Gazette of Lagos State, 2007, asked for the amount that had been spent on purchasing houses and vehicles for all former governors and deputy governors and other allowances paid to them from 2007 to December 2018.

However, the state Commissioner for Information, Mr. Kehinde Bamigbetan, had repeatedly asked for more time to provide the information requested and subsequent phone calls and text messages were not acknowledged by the commissioner.

The Public Office Holder (Payment of Pension) Law No 11 official Gazette of Lagos State, 2007 states that former governors of the state are entitled to a house each in any location of their choice in Lagos and Abuja.

The state government has built houses for former governors of the state in Lagos and Abuja in line with the law.

It is reported that a house was bought for Asiwaju Bola Tinubu in Ikoyi and the Asokoro area of Abuja.

Houses have also been built for former Governor Babatunde Fashola, who is now the Minister of Power, Works and Housing.

Others who are benefitting from the law are former deputy governors Femi Pedro, Abiodun Ogunleye, Sarah Sosan, and Adejoke Orelope-Adefulire.

It is expected that Governor Akinwunmi Ambode and his deputy, Oluranti Adebule, would also be added to the list of beneficiaries once their tenure expires next month.

A former governor is also entitled to six new cars every three years, 100 per cent of the basic salary of the serving governor (N7.7m per annum), as well as free health care for himself and members of his family.

The law adds that a former governor is entitled to domestic workers comprising a cook, a steward, a gardener and others whose appointments are pensionable.

A former governor will also be entitled to eight policemen and two officials of the Department of State Services for life, according to the Lagos law.

The law is however silent on how much can be spent on building houses, procuring vehicles and health issues.

The information was what necessitated the FOI request but the state government has repeatedly ignored FOI requests, insisting that the Act only applies to Federal Government agencies despite a judgment by a Court of Appeal last year that the FOI Act is applicable to all states in Nigeria.