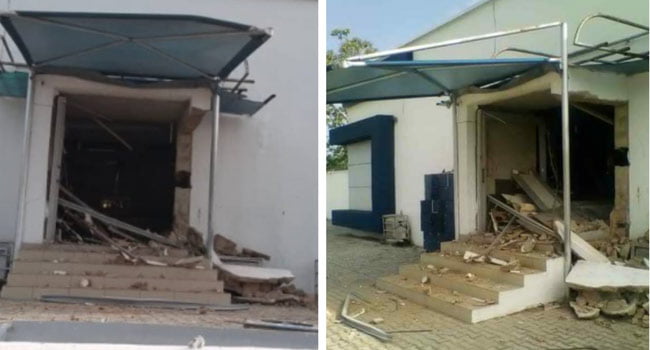 Seven persons have been killed while several others have been left injured during a robbery attack on a commercial bank at Isewa Quarters, Ido-Ani, headquarters of Ose Local Government Area of Ondo state.

Naija News had reported that the robbers had during the afternoon hours of Monday, April 8 stormed the bank and killed two customers who were at the ATM gallery of the bank while five staff of the bank were also shot dead.

Some customers who were at the bank were also injured and beaten to a pulp as the robbers packed catered away an undisclosed but huge amount of money.

The robbers gained access to the bank premises after blowing its entrance with dynamite, but luck ran out of them when they were accosted and nabbed by some officers of the Nigerian Army.

While confirming the incident, the Public Relations Officer of the Ondo state police command, Femi Joseph when contacted, said he could not give further details on the incident.