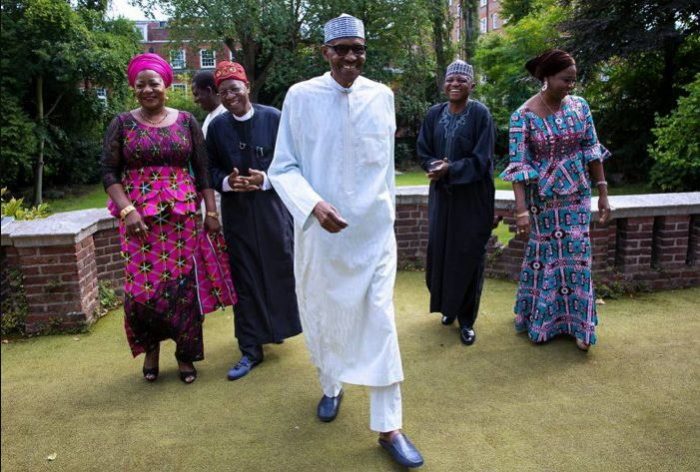 The BSO is the umbrella body of all support groups for President Muhammadu Buhari and headed by Colonel Hameed Ali, CG Custom.

According to 247ureports, This alleged fraudulent nature of Lauretta became known when some Executive members of BSO accused Dr Ibe Kachikwu, the minister of state for petroleum resources before Vice President Yemi Osinbajo of starving the group of funds in Delta state when he visited Delta state after the Presidential election.

Devastated by this embarrassment, an aide to the minister agreed to be quoted that #45,000,000 was given to Mrs Onochie for BSO Delta State activities to the shock of everyone present.

However, Onochie did not inform nor remit the said money or any other monies to the Delta State Coordinator of BSO, a retired Air Vice Marshal known to be very prudent and transparent, the BSO Financial Secretary and other Executive members and Local government coordinators.

Moreover, the State Coordinator of BSO had earlier remitted #5,000,000 to Mrs Onochie, which was personally deposited in her bank account, money he personally sourced from a party chieftain, but again, in her usual characteristic, the money entered “voicemail”.

The Head of Finance and Administration at Buhari Support Organisation in a private meeting mentioned that Onochie collected some millions from the national office on behalf of the Delta state chapter, the position was corroborated by the secretary of BSO State Coordinator’s Forum, who is also a BSO state coordinator in one of South West States

However, Lauretta Onochie neither informed the State Executives or members of the monies neither did she release or appropriate them as instructed.

When challenged, she became erratic and engaged an infamous political marabout based in London to harass members and intimidate them into submission. Mrs Onochie singlehandedly removed several excos, including the Financial Secretary, the State Woman Leader and many others from the state official platform for daring to ask her questions of how much money was given to her on behalf of the BSO. She also refused to account for the monies nor explain how they were appropriated.

Lauretta Onochie openly asked people not to vote for Dr Emmanuel Uduaghan, the APC Senatorial Candidate for Delta south. She further insulted Comrade Adams Oshiomhole, the APC National Chairman and accused him of destroying the party in the state.

Lauretta tells anyone that cares to know that Ibe Kachikwu is the one bankrolling newspaper advert and her media onslaught.

However, neither she nor Ibe Kachikwu won their wards. It is an open secret that she told everyone not to vote APC during the Governorship Election in Delta state even after collecting millions.