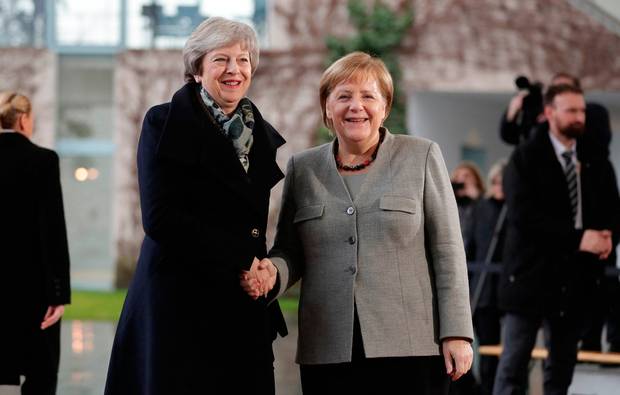 This will be held on the eve of a crucial EU summit when the British premier is hoping to convince the bloc to grant her a new Brexit extension to June 30.

“The chancellor and the British prime minister will have an exchange of views on Britain’s exit from the EU as well as on Wednesday’s special summit of the European Council,” said Merkel’s spokesman Steffen Seibert.

Seibert noted that the final decision on May’s request will be made by all 27 remaining members of the EU.

But there are “always good reasons in such difficult and highly charged situations in Britain and the EU 27 to first talk to each other before the first deadline,” he added.

According to AFP, Berlin also stressed the importance of the bloc’s remaining members to speak with one voice on whether or not they will accept May’s request for a new extension.

“Decisiveness and unanimity is essential at the European Council summit of government leaders,” stressed Seibert.