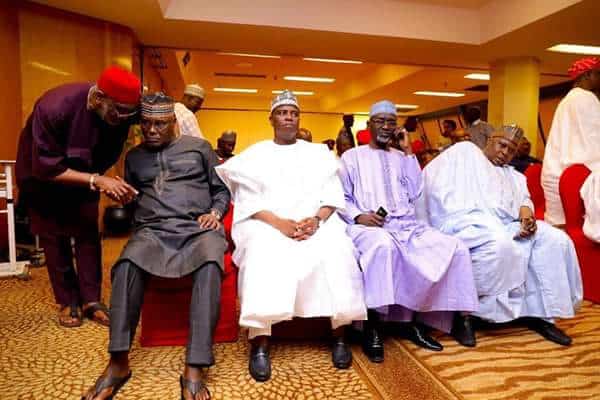 Leaders of the Peoples Democratic Party (PDP) are set to meet with the party’s lawmakers in the National Assembly to discuss the zoning of the offices meant for the opposition party in the two chambers.

According to the source, the PDP does not want the All Progressives Congress (APC) which is in the majority in both chambers to occupy the top positions.

But the APC is also perfecting its strategies to make sure that it does not share top leadership positions with the PDP in the 9th National Assembly.

A member of the National Working Committee of the PDP, who spoke to Punch, said the decision on how the party’s leaders in the National Assembly would emerge would be transparent.

According to the source, if any PDP lawmaker in the National Assembly disagrees with the party’s choice, the party will organise a shadow election.

He said, “We will meet anytime next week to discuss the outcome of the general elections. The meeting ought to have been held before now, but we deferred it because of the governorship election in Rivers State.

“Now that the election has come to a successful conclusion, we will meet and discuss how the offices meant for the party are to be shared among the zones.

“We will also allow the lawmakers to decide if they want the occupiers of such offices to be on a consensus basis or by ballot. We will not impose anyone on them.”

Confirming the development, the National Chairman of the party, Uche Secondus, said: “The PDP is a democratic party. We will not dictate to our lawmakers. We can only guide and listen to them.

“If they want a consensus (sharing of National Assembly leadership positions), so be it. And if they want to do a shadow election, so be it. The PDP is a democratic party. We are not going to bully anyone.

“You can see that we did not have any problems during the primaries that produced the candidates because we allowed the will of the people to prevail. We will also allow the will of the majority to prevail in choosing the leaders of our party in the National Assembly.”