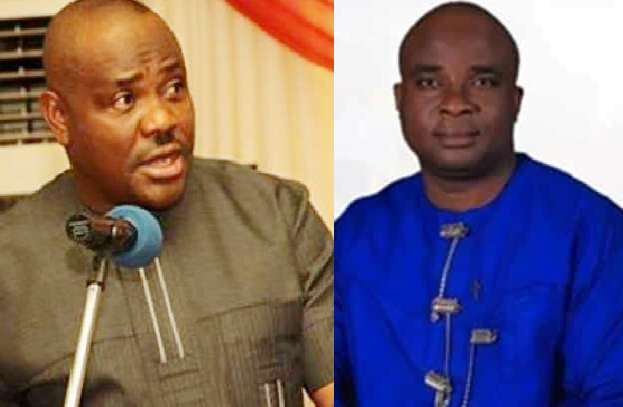 The governorship candidate of the African Action Congress in Rivers State, Biokpomabo Awara, has reacted to the victory of Nyesom Wike in the March 9 governorship election.

Awara said while speaking with newsmen in the state, that the Independent National Electoral Commission joined hands with the governor of the state to rig the election.

He stated that AAC in the state will reclaim the “stolen mandate”.

He pointed to irregularities in the collation of the results in the governorship election.

The governorship candidate of Peoples Democratic Party, Wike had won having scored 886,264 votes to beat Awara, who scored 173,859 votes. There was a margin of 712,405 votes between the winner and the candidate of AAC.

“I have the unit by unit results of the March 9, 2019 elections in Rivers State. When they observed that I was leading and they saw the danger coming, they quickly moved on March 10 to save Wike, by suspending the collation of the results, which they resumed on April 1. As at the time the collation was suspended, I had 281,000 votes, as against Wike’s 79,000 votes. So, they (INEC officials) quickly came to his rescue.”

“We have written a petition on the electoral fraud in Rivers State to the INEC chairman, stating the actual results, but Professor Yakubu will not take action.”

“I want Rivers people to be calm. We are going to reclaim the stolen mandate. We should not be troubled and we should never opt for violence.”

“I want Rivers people, especially my teeming supporters, who are being pained by what they are seeing, to keep hope alive. Victory is certain. We are going to bring back the stolen mandate,”.