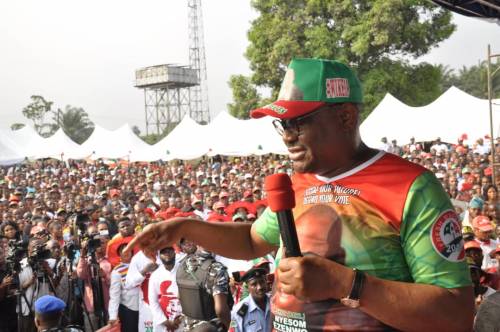 A storm of reactions has greeted the reelection of Nyesom Wike as the Governor of Rivers State, south-south Nigeria.

Moments after INEC declared Wike the winner of the governorship election, Nigerians took to the micro-blogging site, Twitter, to react with some mocking Rotimi Amaechi in the process for backing AAC’s candidate Awara.

Na man you be!! pic.twitter.com/gODejjjh40

The Soul of PDP, Rivers state is safe and secured.

If APC desperately wants an Oil producing state, they should invest in Groundnut Oil processing inside the states they control. https://t.co/8egagol5IN

Saraki Replies Buhari, Says The President Is Misinformed About Debts Payable To States