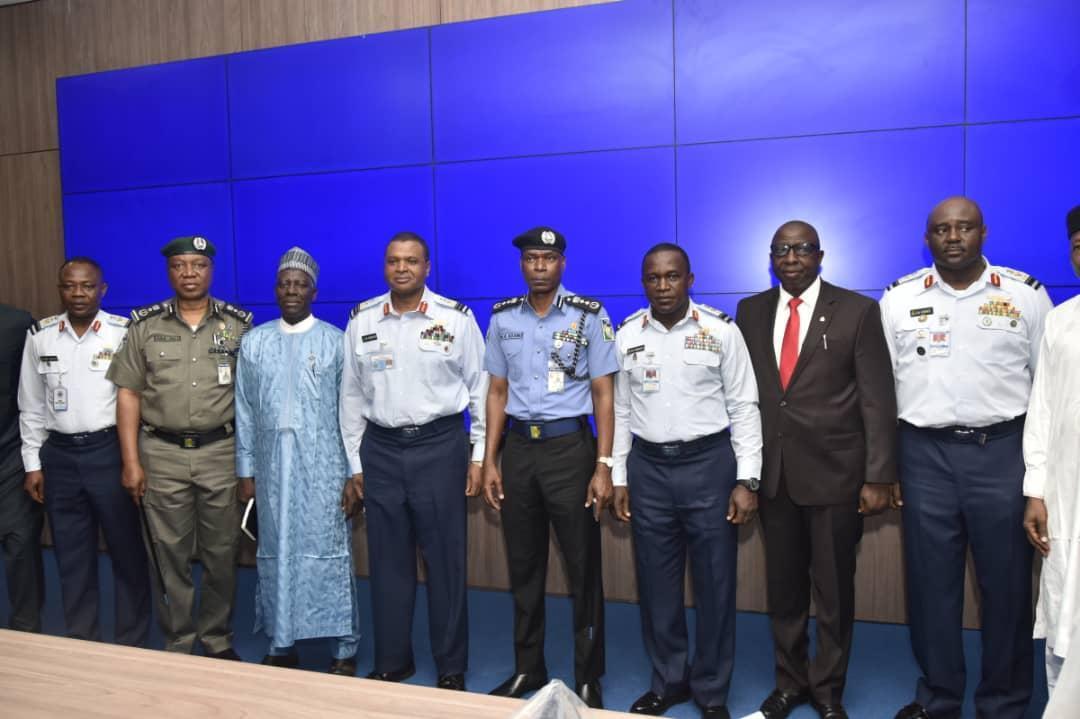 The Nigerian Air Force (NAF) on Wednesday met with the Nigeria Police, Department of State Services (DSS) and other security agencies with the aim of bringing a lasting solution to the criminal activities along the Kaduna-Abuja expressway.

In the meeting with the Chief of Air Staff (CAS), Air Marshal Sadique Baba Abubakar, the NAF expressed readiness to provide real-time ‪geospatial and imagery intelligence and making available its air assets for the ‬conduct of tactical air support missions and ‪increasing the frequency of air reconnaissance‬ in the affected areas.

Abubakar gave the assurance while playing host to the Acting Inspector General of Police (IGP), Mohammed Abubakar Adamu, and the Director-General DSS (DG DSS), Yusuf Bichi, at Headquarters of the NAF in Abuja.

The NAF Director of Public Relations and Information and the NAF spokesman, Air Commodore Ibikunle Daramola, in a statement, said the IGP and DG DSS on their arrival at NAF headquarters in Abuja, immediately went into a closed-door meeting with the CAS.

#JustIn: 1. Ag IGP, Mohammed Adamu, and DG DSS, Yusuf Bichi, were at HQ NAF today, 3 Apr 19, to meet with the CAS, Air Marshal Sadique Abubakar, to explore/coordinate use of NAF air assets & the GIDC to deal with the increased spate of criminal activities along Kaduna-Abuja Road pic.twitter.com/lffbxWpMAu

4. They were later conducted on a tour of the Geospatial Intelligence Data Centre (GIDC) and the Strategic Air Operations Centre, where they were briefed on how the capabilities of the centres could be specifically leveraged to enhance their operations. pic.twitter.com/2XgZ3PDwke

While inspecting the facilities, the Acting IGP expressed delight and satisfaction with the cutting edge technologies and sophisticated computer software at the Centres.

According to him, as a result of the onslaught by security agencies against the armed bandits in Zamfara State, the criminals had moved towards the Abuja axis to carry out their nefarious activities.

“I felt that as a security agency, we need to synergize with other security outfits. We don’t have the air capability but the NAF has them.

“With this, we can have a joint operation to deal with this security issue,” the IGP said.

This is coming after the increasing spate of criminal activities on the busy Kaduna-Abuja expressway.

Naija News had earlier reported of how the Kaduna state governor, Nasir El-Rufai had halted a kidnapping activity on the highway.

El-Rufai saved the motorists on the high who might have become kidnapped victims, when his convoy was plying the route for a meeting in Abuja but discovered that the motorists had since been placed under the control of the kidnappers.