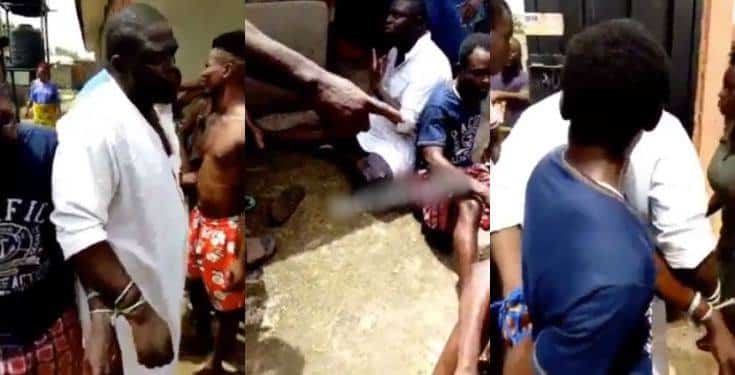 A pastor has been apprehended alongside two others for allegedly stealing the panties of a housewife for the purpose of making rituals with it.

Naija News understands that the pastor was apprehended with his alleged accomplices at the Ikpoba Hill area of Benin, the Edo state capital.

Reports revealed that it all started when a middle-aged man was apprehended for stealing the panties of his own wife for the purpose of making rituals with it.

The man whose name was not given was apprehended by the mob in the area on his way to steal another underwear. After his apprehension, the man allegedly confessed to have given the panties to his pastor.

The mob apprehended the suspected ritualist, his pastor and his assistant for their alleged involvement in the stealing of the panties.

As at the time of filing this report, efforts to reach the Police command in the state proved abortive.

However, the report made available to Naija News revealed that the mob had since handed over the alleged ritualists to the security agencies in the area for investigation and possible prosecution.