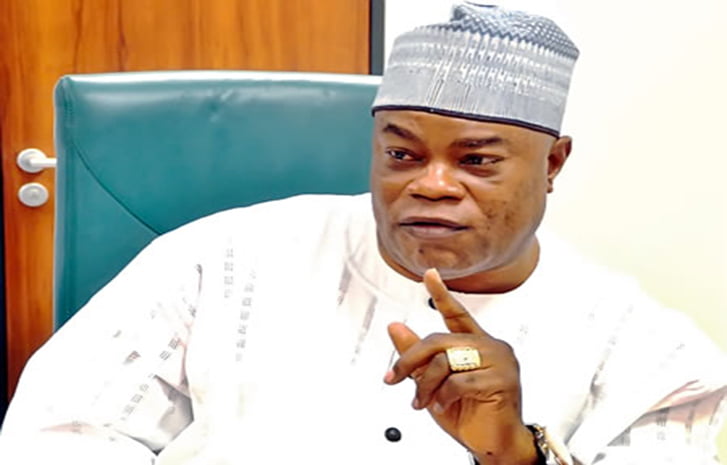 Adekoya Abdel-Majid Adesegu, a member representing Ijebu North/Ijebu East/Ogun Waterside at the 8th Nigeria National Assembly and re-elected at the recently concluded House of Representatives election for the second time, says the Nigerian Senate is “full of billionaires who are not ready to fight for anything”.

Naija News reports that the honourable member made this statement in reaction to party imposing a candidate on the House for the position of the Speaker of the 9th House of Representatives.

When asked his take on party imposing a candidate on the House, Adesegu said: “If they try to impose any one on us they will fail.

“In as much, I am a free minded person that loves freedom much, for that I will give you your own freedom, provided your freedom is not going to infringe on my own freedom.

“The house will not allow. Each of our consents should be seek”, he said.

Adesegu went further to emphasise the distinction between the lower chamber which he belongs, and an upper chamber, whom he described as billionaires who are not ready to fight for anything, unlike them, who are always battle-ready for any legal tussle.

His words: “they are full of billionaires who are not ready to fight for anything but we, at the lower chamber are always ready to fight it off. We never shunned away from any legal fights”.

He added, ” All we are just doing now, is just mere child’s play.

“When we are ready, then politics will come into play. Everybody love freedom.

“If you want to talk to me, better come to me and talk with me, not giving me instructions.

“I have freedom to take some certain decision as a member elected to represent my people “, he opined.

Naija News understands that the rep member made this statement while addressing journalists in Abuja, Nigeria‘s capital, recently.