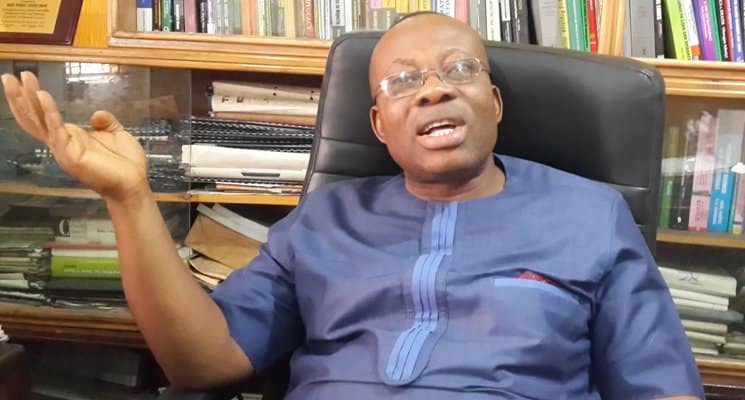 Monday Ubani, the ex Vice-President of the Nigerian Bar Association on Tuesday slumped while in the custody of the Economic and Financial Crimes Commission.

According to reports into the incident, Ubani slumped and was taken to an undisclosed hospital in abuja after he collapsed while in the custody of EFCC.

EFCC had detained Ubani and Senator Christopher Enai for failing to produce the chairman of the Nigeria Social Insurance Trust Fund, Ngozi Olejeme, who they stood for as sureties.

Olejeme is facing a N6.4 billion fraud allegedly perpetrated while she was chairman of NSITF.

A member of Ubani’s family who spoke with Vanguard stated that he collapsed in the EFCC detention facility on Tuesday due to severe dehydration and high blood pressure.

The source said, “Ubani would have died today (yesterday) if some persons had not intervened and rushed him to the hospital after he collapsed in EFCC cell.”

” It is very disheartening that the EFCC has chosen to continue to detain him despite a court order that instructed that he be released or be charged to court.”

” We are begging well-meaning Nigerians to appeal to the EFCC chairman to comply with court order and release Ubani.”