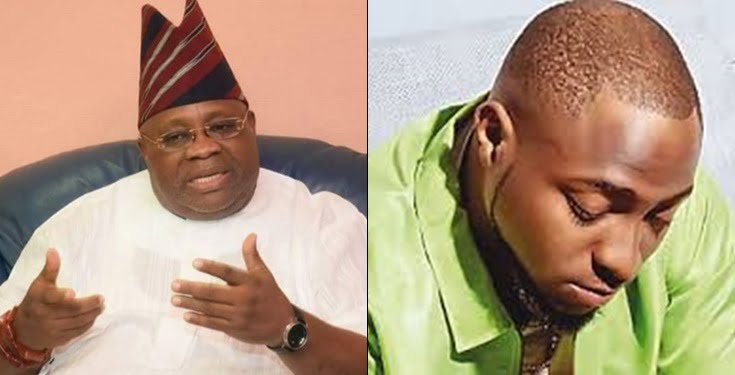 Popular Nigerian artiste, Davido has expressed his reactions to the order of the court’s nullification of his uncle Senator Ademola Adeleke.

The music star reacted after a High Court nullified his uncle, Senator Ademola Adeleke as the Osun State governorship candidate of the PDP on Tuesday, April 2.

Naija News recalls that Adeleke was nullified on the grounds that he was not qualified academically for the position.

Adeleke was earlier dragged to court by two chieftains of the All Progressives Congress (APC), Wahab Raheem and Adam Habeeb, who accused him of not possessing the requirements which include educational qualification (secondary school certificate), to contest for the office of the governor of the state.

The judgement nullifying him from being the governor of the state comes after a Tribunal ruled that he won the 2018 governorship election in the state.

Reacting to the news, Davido replied a tweet about the report by Sahara Reporters where he wrote; ‘Story for the gods’