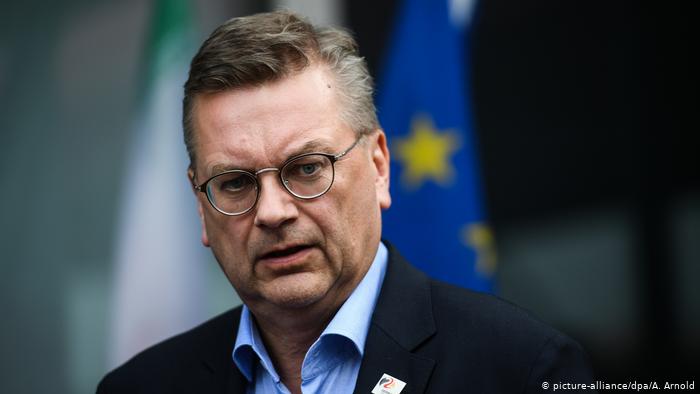 The President of the German Football Association (DFB), Reinhard Grindel, on Tuesday, confirmed his resignation following a series of scandals.

According to AFP, the 57-year-old has been under growing pressure following controversies culminating in a newspaper report on Monday that he had accepted the gift of a 6,000 Euro ($6,700) watch from his Ukrainian colleague Hryhoriy Surkis.

In a statement on Tuesday, Grindel confirmed that he had received the gift and that he would end his three-year tenure in charge.

“I am deeply shaken to have to give up my role as DFB president over such an issue,” Grindel said