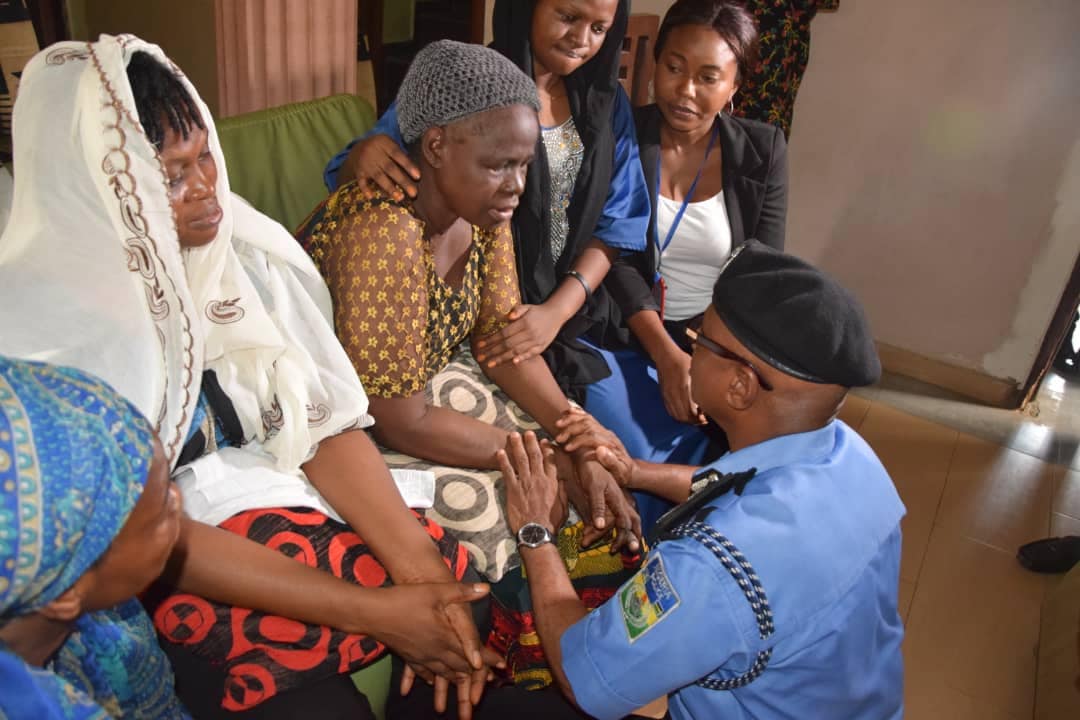 The Commissioner of Police Lagos State, CP Zubairu Muazu on Tuesday, paid a condolence visit to the family of the late Kolade Johnson.

In an attempt to disperse a crowd which had gathered during the raid, one of the police operatives shot dead Johnson, who was trying to leave the scene after watching an English Premier League match.

The Commissioner of Police was received by the Head of the deceased’s family Alh Remi Lukman in their residence at No. 1 Beco Street, Onipetesi, Mangoro Bus stop.

In his remarks, the Commissioner of Police condemned the action of the members of the Anti Cultism team suspected to have carried out the shooting and reiterated his commitment in ensuring that justice is done in the matter.

He stated that the men suspected to have carried out the shooting have been apprehended and subjected to internal disciplinary procedures. He revealed their names as (1) Insp Ogunyemi Olalekan and (2) Sgt Godwin Orji attached to Anti Cultism Squad.

The CP prayed for the repose of the soul of Kolade Johnson and also prayed that the Almighty God will grant the family, friends and well-wishers the fortitude to bear the irreparable loss.

In his reaction, the Head of Kolade Johnson’s family expressed his gratitude to the CP for honoring the family with his presence and his resolve in ensuring that justice prevails in the case.

He added that “I thought it is going to be a one man’s fight but seeing the Police high Command joining our family in this fight has shown that Justice will not only be done to Kolade but to the entire Nigerian youths. I am glad that we have a new police force which beliefs in Justice.”

He described his late son as a peace-loving person and called on sympathizers to remain calm and allow the law to take its cause.