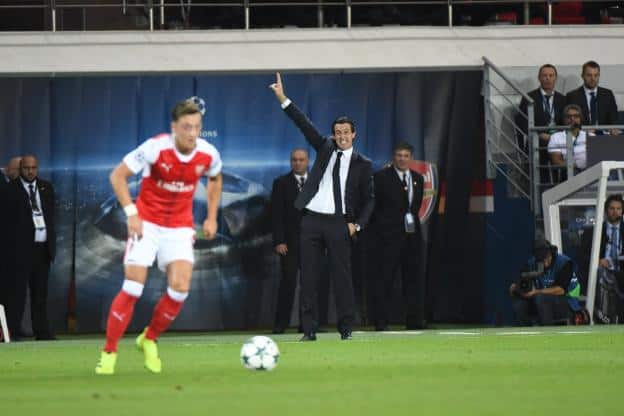 Arsenal manager, Unai Emery has praised his team’s performance after the club defeated Newcastle United 2-0 in the Premier League match on Monday.

Naija News reports that a first half goal from Aaron Ramsey and another second-half goal from Alexandre Lacazette gave the Gunners all three points against Newcastle at the Emirates Stadium.

The win moved Arsenal up to third place with 63 points with few games left before the season ends.

Emery also reserved praises for under-fire midfielder, Mesut Ozil for his performance during the game.

“I like how every player is playing and Mesut with his quality is helping us and giving us his work,” Emery was quoted by BBC Sport as telling reporters in his post-match reaction.

“Also individual moments and skills, he has the capacity to help us.”

“We were very consistent over 90 minutes. We didn’t concede any chances. We created and dominated the match. We are happy.

“Each match is very difficult. We got three points and did it our way. It’s a nice challenge to win consecutive matches, it’s a new history and we’re creating our own way.

“We’re in a good moment. But each match is a new test.

“I hope Ramsey’s injury is not serious. The doctor is thinking it’s a small injury.

“We are improving. Today we are third, but the next match against Everton is difficult and our rivals are going to win a lot of matches.”