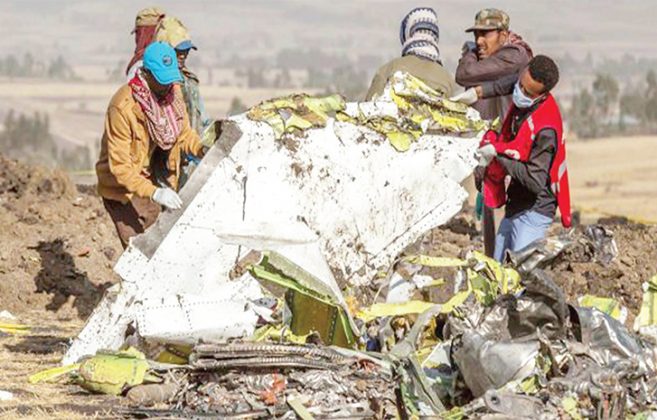 The Ethiopian foreign ministry says that a preliminary report into the crash of a Boeing 737 Max in which 157 people died will be ready on Monday.

Although, no details were provided about exactly when the report would be released, or what it might contain, the Foreign Ministry spokesman, Nebiat Getachew said the transport ministry would release "a preliminary report into its investigation" of the March 10 tragedy in which a Boeing 737 Max plane crashed shortly after taking off from Addis Ababa.

The crash of the 157 persons onboard including the flight crew members, prompted the aircraft to be grounded worldwide.

It was also not clear to Naija News if the preliminary report would be made public straight away, or if it would first be handed to the authorities, including the US Federal Aviation Administration (FAA).