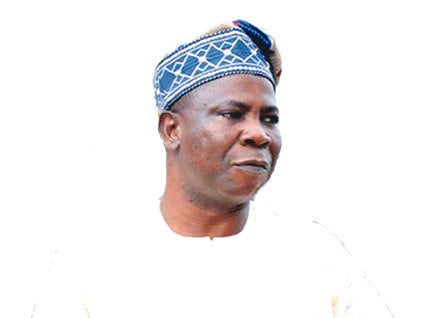 Ex Ondo State Deputy Governor, Lasisi Oluboyo, who daughter was murdered by his ex boyfriend has reacted to the judgement passed by the court.

In his reaction, Oluboyo stated that the death sentence passed on Seidu Adeyemi has rekindled his hope and that of his family members on the country’s judiciary.

He stated that the ruling will go a long way at curbing the unholy means of young men in get rich quickly.

Oluboyo, however, denied the claim that he was involved in the trial of Seidu Adeyemi, he stated that the case was handled by the state government.

“The judgement highlights the fact that there is judiciary in the country. I made a pronouncement that what has happened has happened.”

“I said I did not have interest in the prosecution. Despite the fact that I did not participate in the trial, the judiciary still did its job as expected.”

“This judgement will serve as deterrence to others. You cannot kill somebody and just go away free like that.”

“The boy (Seidu Adeyemi) thought he would get away with the murder and that was the reason he did everything to cover his track.”

“This will teach our ladies the lesson that whenever they are going out, they should let people know. It is because we knew on time the whereabouts of Khadijat that we were able to get her killer.”

He took the opportunity to call on parents and guardians to always know the movements of their wards so as to prevent unpleasant occurrence.

“Parents should monitor their children. If not that we monitored the movement of Khadijat, the guy would have got away with the murder.”

“Khadijat left school on Thursday, I was able to know that she was not in the school on Friday. “I sent money to her account and she did not call to thank me as usual.”

“That was how I became suspicious.”

“The guy knew that we were able to trace Khadijat to him and he became restless after we asked him about the movement of Khadijat.”

“He told us that he saw Khadijat but that she had gone to Lagos. “Khadijat was not a wayward girl, we knew of her relationship with Adeyemi. It was because of this that led to his arrest and eventual conviction.”

” I appreciate the journalists for the role they played in unravelling they death of Khadijat,”.

On Wednesday, an Ondo State High Court sentenced Seidu Adeyemi to death by hanging following his arrest by the Ondo State Police Command in July, last year for killing the former deputy governor’s daughter, Khadijat Oluboyo for money ritual purposes at his house in Oke-Aro area of Akure, the Ondo State capital.

He buried the deceased inside his room for six days.