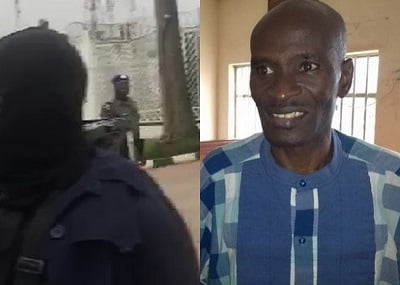 Bayelsa state based journalist and publisher of Weekly Source Newspaper, Jones Abiri, has reportedly been arrested again by the Department of State Services (DSS).

Naija News learned that Abiri was reportedly picked up at Ayabowei Plaza in Yenagoa, the Bayelsa state capital, on Saturday, March 30 while he was having a discussion with his colleagues

This online news platform recalls that the secret police first arrested Abiri in 2016 after he was accused of being the leader of the joint revolutionary council of the separatist group, Joint Niger Delta Liberation Force.

The Bayelsa based journalist was granted bail in August 2018 when an Abuja magistrate court struck out a suit against him after being held in detention for two years.

Meanwhile, the spokesman of the DSS, Peter Afunanya, has denied knowledge of the arrest.