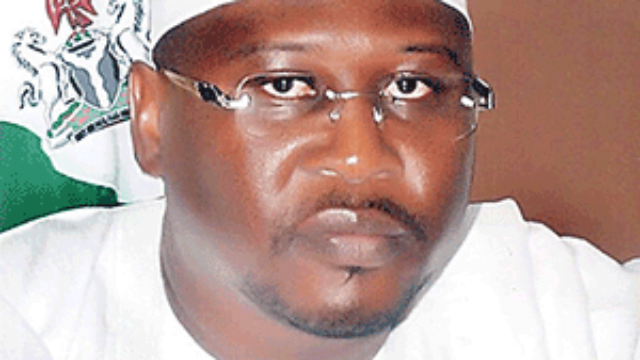 Freshly Elected Fintiri Promises To Be The First To Pay N30,000 Minimum Wage

Adamawa Governor-elect, Alhaji Ahmadu Fintiri, has promised to take the lead in the implementation of the new minimum wage of N30,000 as soon as it is approved by President Muhammadu Buhari.

Naija News reports that Fintiri emerged the winner on the platform of Peoples Democratic Party defeating the incumbent Governor Muhammadu Bindow of All Progressives Congress and 28 other candidates in the just-concluded supplementary governorship election.

Addressing journalists in Yola, Fintiri said, “I will give civil service priority attention and make it more effective.

“As a matter of matter of priority, I will be first to implement it, so that we don’t experience any workers strike,” Fintiri said.

He also assured students that his administration would be committed to resuscitating scholarship scheme, youth empowerment, and other programmes to move the state forward.

“We are also going to pay WAEC and NECO fees for students to reduce the burden on parents,”

He thanked the people of the state for electing him and promised not to disappoint them.

“The people have given us their mandate and God has actualised it today.

“We will ensure that we deliver on our campaign promises and manifesto to them. Fintiri said.

“We urged them to remain calm, law-abiding as they celebrate and wait for our swearing-in ceremony,” Fintiri said.