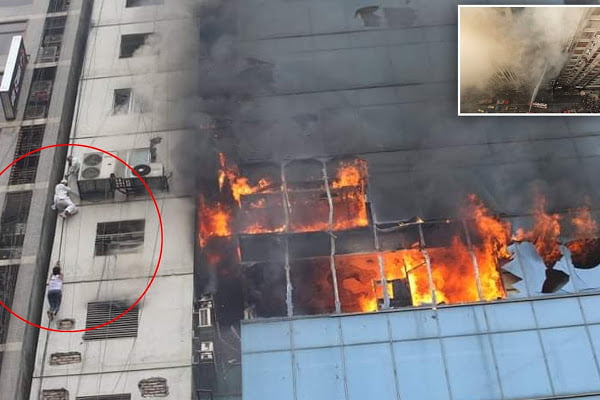 A large number of lives have been endangered after an inferno penetrated a 19-storey commercial building in Dhaka, the capital and largest city of Bangladesh.

The inferno started in the early hours of Thursday after a warehouse of deodorant and granular plastic in one of the buildings, caught fire and fuelled the inferno.

A fire service official revealed to Naija News that helicopters have dropped water on the burning building from above in the upmarket commercial district of Banani.

The duty officer, Mohammad Russel from Dhaka’s central fire service control room in his words, said; “Nineteen fire-fighting units are working at the scene. Bangladesh navy and air force have also joined to fight the fire.”

According to reports, six persons have escaped the scene although, a rescue operation was still ongoing as at the time of filing this report.

However, there is still no official word on casualties, but several people are believed to be trapped inside the tower.