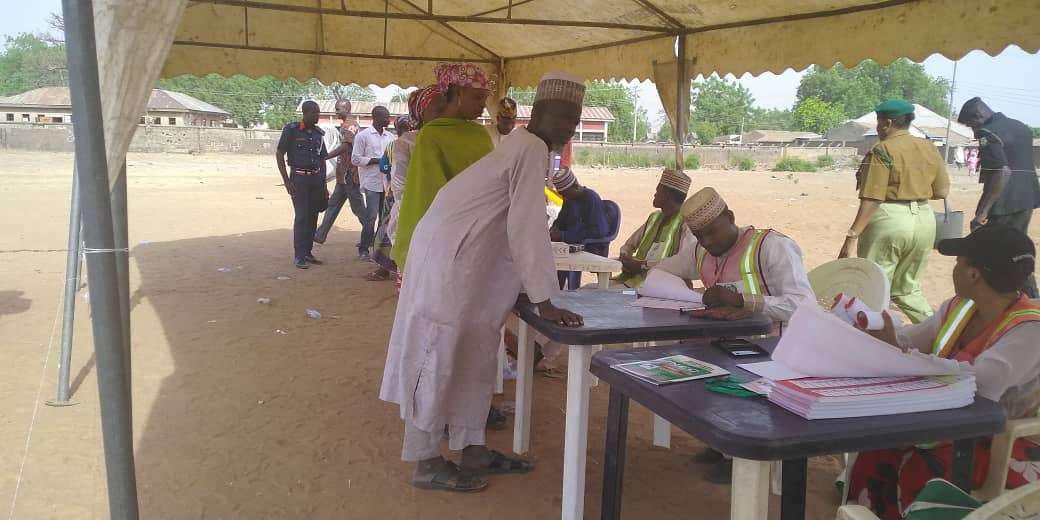 Scene from the Adamawa State governorship rerun on Thursday

A visit to some of the polling units in the state revealed the absence of APC agents in the supplementary governorship election organised by the Independent National Electoral Commission (INEC),

However, Mohammed Abdullahi, the Publicity Secretary, made a contradictory statement in the evening when he confirmed that “APC would take part in the governorship supplementary election“.

However, no APC agent was sighted in most of the polling units visited by Sahara Reporters in Yola South, Numan, Lamurde and Girei Local Government Areas (LGAs).

At PU 008 Mustapha Primary School, Bako Ward, Yola South, an APC agent reportedly was on the ground but also quickly disappeared after receiving a phone call.

Meanwhile, this online medium reports that there was a general low turn out of voters for the supplementary election.