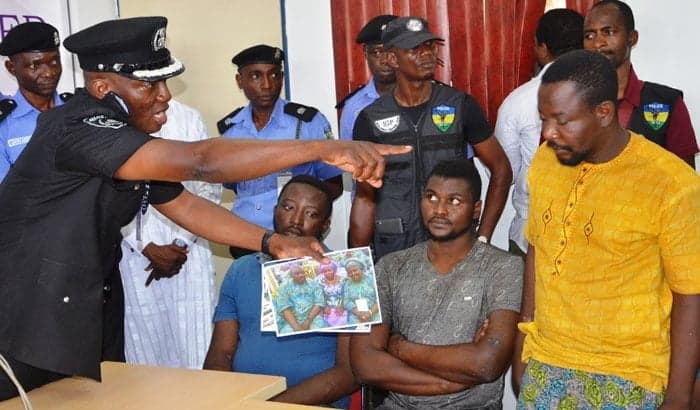 Justice Salman of the state High Court, Ilorin, has refused the request to exhume the body of the principal suspect in the April 5, 2018 Offa robbery, Michael Adikwu, for post-mortem.

Naija News recalls that the suspect had allegedly died in police custody while investigation was still on-going on the case.

The first, second and third accused persons had at the last adjourned date accused the police of shooting them in the legs to instill fear in them before extracting a statement from them, Naija News reports.

They alleged that the police shot dead Adikwu while in their custody, contrary to the police’s claim that he died of an ailment in hospital.

As a result, defence counsel Mathias Emeribe said: “In view of the fact that the four accused persons have given their evidence, I hereby apply for an independent medical examination of the legs of the first, second and third accused persons to determine whether the wounds on their legs are caused by gunshots.

“I also ask for an order to carry out autopsy on the death of Michael Adikwu, the principal suspect, to find corroboration to evidence of especially the fifth accused person as well as the other three persons.

“The essence of this is not unconnected with the fact that Adikwu was initially one of the accused persons charged with others and it is important that one of their own was allegedly killed before them.

The fact of the cause of the death must be determined in order to find out the truth as to how the confessional statements were obtained.

“The name Michael Adikwu was repeated consistently by the four accused persons in this trial within trial and I think it will be in the interest of justice for the accused persons to put in a proper defense to get the result of that medical examination.”

Said he: “I urge the court to refuse this strange application.

Justice is not one-way traffic. It is available to all the parties and not only for the accused.

“For the record, this is a trial within trial specifically to determine the voluntariness of the statements of the accused persons.

“It is not for the court to look for evidence to corroborate his allegation. It is for him to do that.

“This application is tantamount to inviting your lordship to come to the arena. The application is clearly shopping for evidence. The shooting of Adikwu has no relevance to the issue of a trial within trial.”

Having listened to both parties, Justice Halima Salman took a short break before delivering her ruling.

In her ruling, Justice Salman granted the prayer of the defence asking for an independent examination of the alleged gunshot injuries sustained by the first, second and third accused.

“The court will avail the parties the facilities available in this case. It is, therefore, in the interest of justice and fair hearing to allow for a medical examination to know whether the healed wounds on the three suspects’ legs emanated from gunshots. I, therefore, grant the first prayer.

“On the post-mortem examination of the body, there is nothing the autopsy will add to this case. It is baseless and pointless to grant the second prayer.” She said.

She ordered the registrar to prepare the “enrol order today to be served on the defence and prosecution.”

In closing the sitting, Justice Salman adjourned the case till April 8 for the continuation of defence in a trial within a trial.