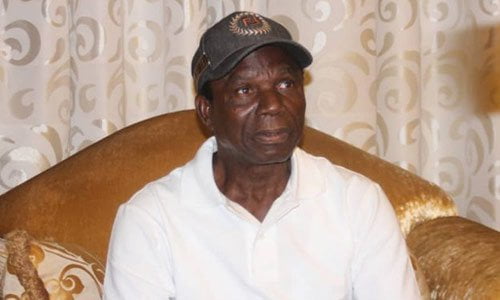 The Deputy Governorship candidate of the African Action Alliance in Rivers State, Akpo Bomba has announced his resignation from AAC and defected to the Peoples Democratic Party.

Naija News recalls the Minister of Transportation, Rotimi Amaechi had adopted the party after the All Progressives Congress was stopped from the Governorship race.

This is coming a few days after there were reports that PDP in the state is planning to lure Akpo with huge sums of money and other side attractions.

Though he denied the allegation, the Deputy Governorship candidate of AAC has maintained his stance to leave the party.

Akpo in the letter that was written to the governorship candidate of AAC in Rivers State, Biopkomabo Awara stated that his decision to leave the party was due to the alleged hijack of the party by APC in the state.

Akpo who advised the governorship candidate of AAC to liberate himself from Amaechi’s stronghold, He accused the Minister of pursuing a selfish political agenda.

“I write to most respectfully to notify of my resignation from the membership of the African Action Alliance (AAC) with effect from today, 25th March 2019 and subsequent defection to the Peoples Democratic Party (PDP).”

“Please note also that by this notice, I cease to be the Deputy Governorship Candidate of our Party, the AAC, for the 2019 Governorship Election in Rivers State.”

“My decisions were informed by the complete hijack of the structure and administration of our Party by a faction of the APC in Rivers State led by the Minister of Transportation, Chibuike Rotimi Amaechi, for his personal political ambition.”

“Furthermore, the Rotimi Amaechi led faction of the APC is not letting in its determination to subvert the will of Rivers people and cause crisis in the State using the platform of our promising Party.”

“In the circumstance, I cannot in all conscience continue to lend support to the selfish political venture of the Minister of Transportation, which does not mean well for the progress and development of the people of Rivers State.”

“As a budding and promising politician, I also appeal to you to accept the reality of your crushing defeat and liberate yourself from being used by Rotimi Amaechi to cause unnecessary political crisis in our dear State.”

“Thank you very much and please accept the assurances of my highest regards as always.”