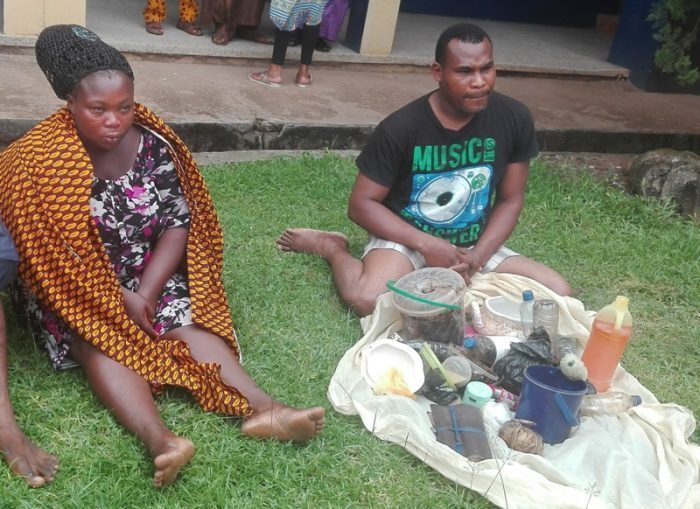 The Operatives of the Edo state Police command have apprehended a 38-year old Benin-based pastor, Ekene Samuel for allegedly impregnating a 17-year-old girl, Miracle Nwabueze, after allegedly using voodoo on her.

Naija News reports that the Police arrested the pastor who is known for his famous ministerial works in the state, over allegations that the pastor defiles minors and uses charms on his unsuspecting victims.

While parading Samuel, the state police command also paraded one Happy Johnson who was also accused of procuring illegal abortions on the victims.

According to the Commissioner of Police in the state, the Command received a complaint from one Henry Aikhuamen that one Miracle Nwabueze, 17, was missing.

The commissioner furthered that the operatives of the Special Anti Robbery Squad quickly swung into action through a Hi-Tech intelligence and located Nwabueze on a sick bed at Graceville Medical Centre, Ewa Road, Benin.

“On inquiry, the doctor informed the police that one Deaconess Happy Johnson brought her for treatment. She was arrested and confessed that one Pastor Ekene Samuel asked her to assist him bring Nwabueze to the Hospital for abortion.

Upon interrogation, the Pastor while responding to questions from journalists, accepted to have had extra-marital affair with the minor but denied using charms on his victims or any member of his church.