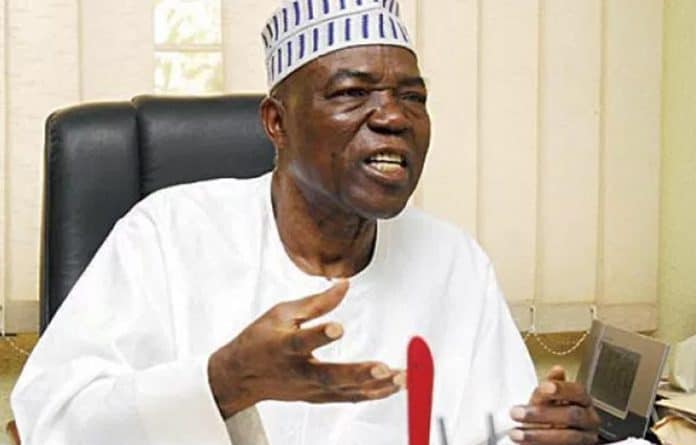 The governorship candidate of the Peoples Democratic Party (PDP) in Plateau State, Senator Jeremiah Useni has rejected the result of the gubernatorial election.

Speaking to newsmen in Jos, the State capital, Useni vowed to reclaim his mandate in the tribunal.

Naija News reported that the Independent Electoral Commission (INEC) had declared the incumbent Governor and candidate of the APC, Simon Lalong, winner of the election, after polling 595, 587 votes, while his closest rival and candidate of the main opposition PDP, Senator Jeremiah Useni, got 546, 813 votes.

Reacting, Useni said, “My team and I have gone through both the official results released by INEC and documents submitted by our own field staff; we have every reason to believe that justice has not been done to our people in this election because there was massive rigging and electoral shortcomings.

“After due consultation, I hereby state that the results announced by INEC are not acceptable to us.

“Consequently, we have requested our legal team to activate all the due processes to reclaim our cherished mandate.”

“I give you my word that we will pursue this matter diligently, and by the grace of God, we will overturn and recover the people’s mandate”, Useni assured.

He thanked all leaders, stakeholders, members and supporters of the party for their commitment, hard work and sacrifices, assuring that their labour will not go in vain.