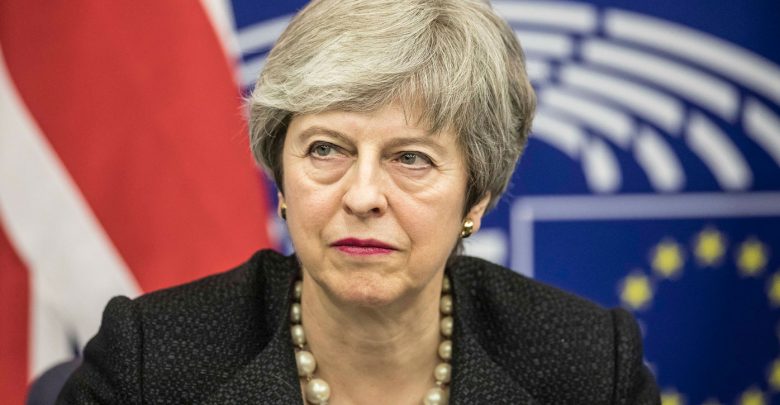 British Prime Minister, Theresa May has on Friday returned to Britain and vowing to make “every effort” to win.

Naija News understands that the vow of the British Prime Minister comes after the Members of Parliament (MPs) opposition to her EU divorce deal hours after securing a delay to Brexit from European leaders in Brussels.

The embattled premier faces daunting odds to persuade recalcitrant British lawmakers to back a plan they have already overwhelmingly rejected twice by a new April 12 deadline agreed with the European Union according to Nigeria News.

If May succeeds, Britain — which was staring at a sharp cliff-edge deadline of March 29 for leaving the EU — will depart on May 22 under the terms of a withdrawal agreement struck with the EU last year.

But if MPs defeat the accord again next week Brexit will go ahead on April 12, unless London decides to request another longer extension which would require Britain taking part in elections for the European Parliament in May.

“We are now at the moment of decision,” May told reporters in Brussels late Thursday.

“I will make every effort to ensure that we are able to leave with a deal and move our country forward.”

MPs resumed the debate over Brexit on Friday after the speaker granted an urgent question on the issue.

Parliament has been deadlocked for months over Brexit, with lawmakers unable to decide how to implement the 2016 referendum result, reflecting bitter divisions in the country as a whole.

The pound rose Friday on news of the delay but was struggling to claw back its latest losses with uncertainty remaining high over what path Britain will now take.

“The UK government will still have a choice of a deal, no-deal, a long extension or revoking Article 50,” he told a press conference.