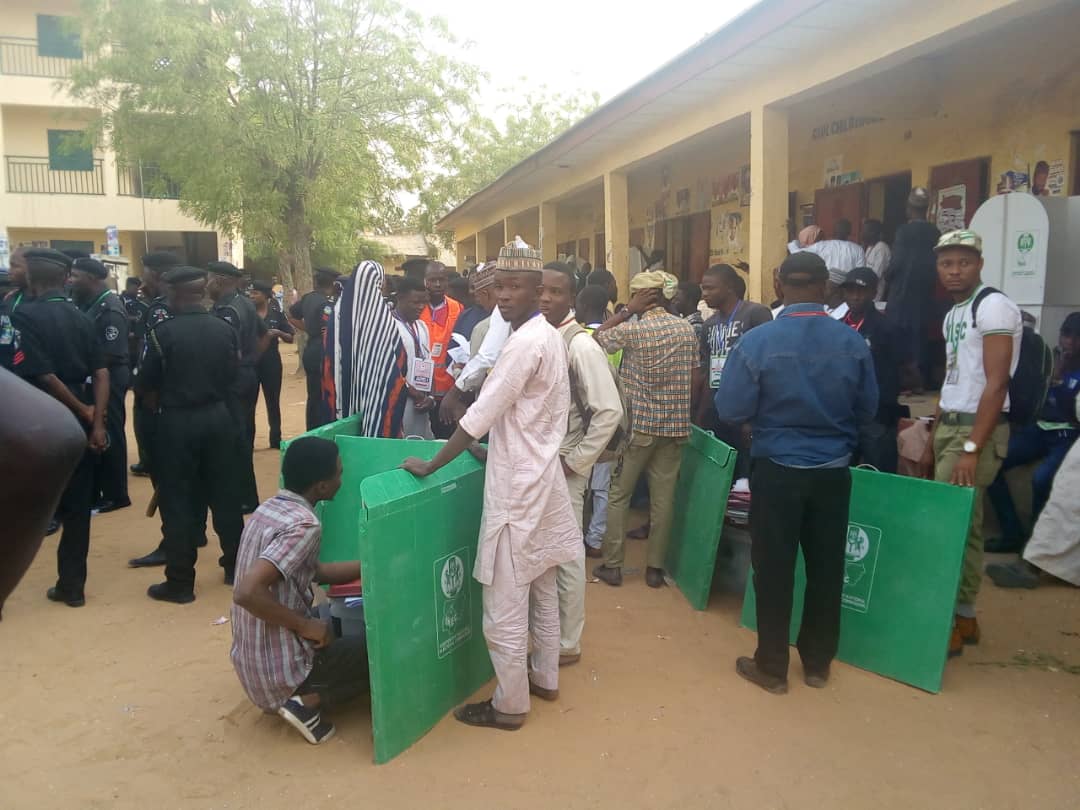 Some notable party Chieftains have engaged in popularity supremacy at Magajin Gari ward ‘B’ Shiyyar Danfarijo polling unit 005 and 009, where supplementary polls are taking place.

This led to chaos in the supplementary poll for the  Sokoto North local government area of Sokoto state.

Police had to use teargas on the crowd and deploy  more personnel before normalcy was restored after the election was put on hold for about three hours.

The News Agency of Nigeria (NAN) reports that Daniya of the PDP,  who was among the early voters, displayed his ballot sheet to the  public, a situation that led to throwing  of sand and objects at  INEC officials, security men and the party chieftains.

The Presiding Officer, Mr Otu Cassius, told NAN that they reported  for election duty as early as 7 a.m and that  screening and voting commenced simultaneously as there were no hitches with the card reader.

A PDP agent at the polling unit, Alhaji Bashiru Abdulkadir told NAN that it was right for Daniya to publicly display what he voted because even a presidential candidate did it after voting in the just concluded presidential election.

However, the APC agent Muntari Muhammad opposed the position, stressing that  it violated electoral laws and said he had lodged a complain to the authorities.