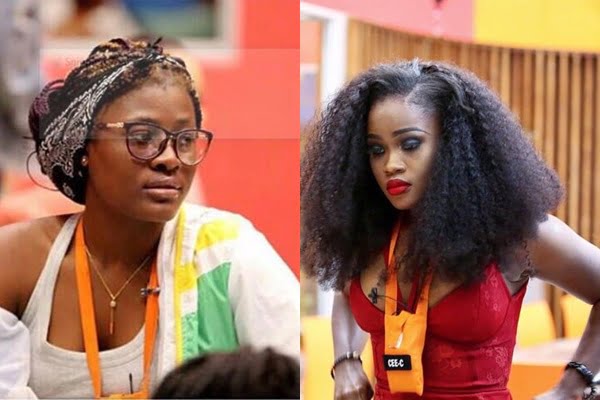 In an Instagram Live video feed, the two former housemates can be seen laughing in their changing room.

Alex had expressed anger that she had been trying to resolve her rift with fellow housemate, Cee-c but all efforts proved abortive.

She disclosed she had confronted Cee-c after the show at her hotel room but Cee-c’s sister slammed the door against her.

Alex also lamented about how Cee-c snubbed her severally in public places citing Nina’s birthday party as an example of such.

However, Cee-C in her reaction revealed that she had no beef with Alex, adding that she was just surprised to hear that Alex and Tobi had sex in the hotel room after the show after they ‘pretended’ to be best friends.

All seems to have been placed in the past, as Alex talked about accompanying Cee-C to launch her Gyming wears, Ceegar.