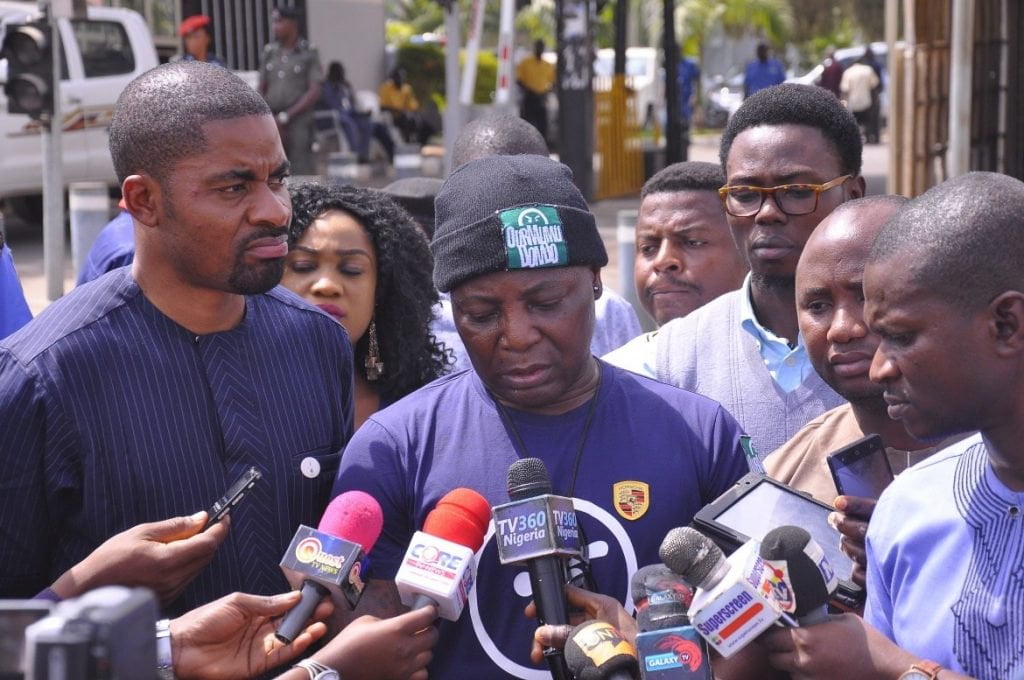 The ‘OurMumuDonDo’ movement has stated that it will launch a ‘formal inquiry’ into the allegations of bribery levelled against its convener Charles Oputa ‘Charly Boy by Prince Deji Adeyanju.

Reacting in a statement on Thursday by its National Secretary, Adebayo Raphael, the group apologized to Nigerians over the controversy.

“Fellow Nigerians, I wish to say that it has become extremely important that I react to the sordid developments that have recently emerged in the OurMumuDonDo Movement,” read the statement.

“Firstly, I must confess that I am utterly disappointed by the audio recording that went viral between last night and this morning, of a conversation between the present Chairman of the group; Mr. Charles Oputa, and a former member, Mr. Deji Adeyanju, where the former is alleged to have confessed to his dealings with the regime of General Muhammad Buhari and the APC while the latter was languishing in Kano Central Prisons.

“It is with a heavy and pertinent heart that I offer an unreserved apology, on behalf of myself and the other members of the OurMumuDonDo Movement, to the Nigerian people who we have hitherto proclaimed to represent in all our actions and activities as a pressure group for the last three years. My sincere hope is that you all will view this development as a necessary event needed to sanitize our civic space and reinvigorate our collective commitment to the struggle for social change.

“Secondly, I must inform the general public that the OurMumuDonDo Movement will now commence a formal inquiry into the body of allegations that have been made public in recent days, and the most appropriate decision will be determined by the Board of Trustees in line with the group’s constitution.

“In conclusion, I would like to emphasize that the purpose for which OurMumuDonDo Movement was founded has not changed. If there are black sheep in the group, working against the group’s objectives, we will find out and deal with them accordingly. Thank You.”