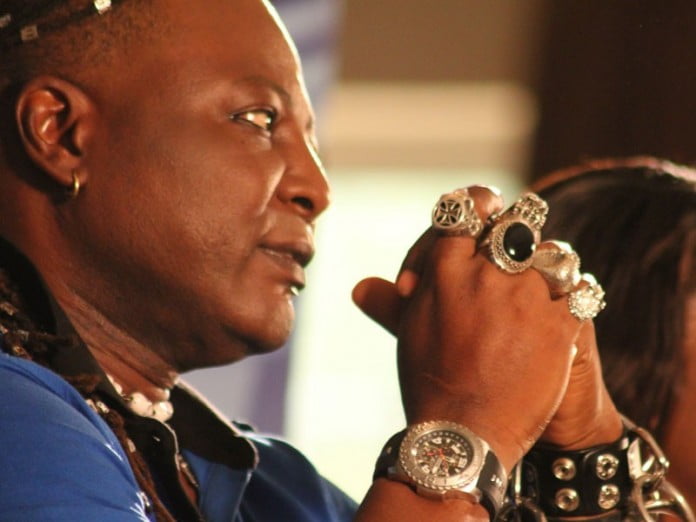 The co-convener of the “OurMumuDonDo” movement, Mr. Charles Oputa, also known as Charly Boy, has admitted to collecting millions from the spokesperson of the President Muhammadu Buhari campaign council, Festus Keyamo (SAN).

Adeyanju alleged that Charly Boy collected the money to attack the presidential candidate of the Peoples Democratic Party(PDP) Atiku Abubakar, before the February 23 polls.

He also released an audio of Charlyboy confessing that he took money from Festus Keyamo (SAN) on behalf of the Buhari campaign.

Naija News recalls that Charly Boy did not refute or accept the new allegation by Deji.

In a post on Facebook, he warned Adeyanju whom he described as his ‘son’ to take it easy.

WATCH and SHARE this video of Charly Boy, @AreaFada1, admitting that Festus (Stephanie Otobo) @FKeyamo paid him a whopping NINE FIGURES (₦100 million and above) to attack @Atiku. Dear @officialEFCC and @INECNigeria, is this not an electoral offence? #CharlyBoyYourMumuDonDo pic.twitter.com/Ld92AMJUbG