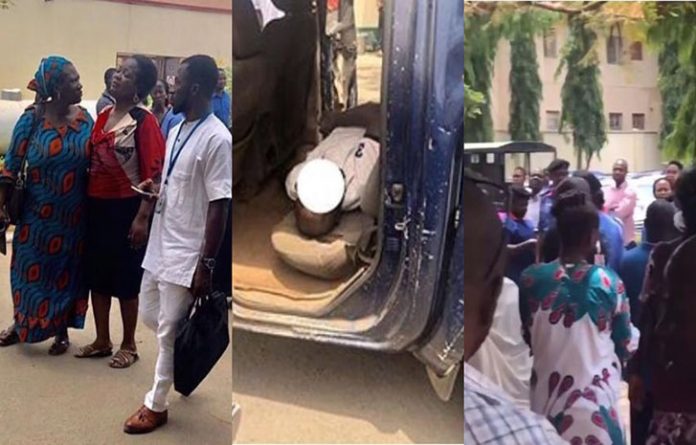 Some operatives of the Nigerian Police have allegedly beaten to death, an Assistant Superintendent of the Nigeria Security and Civil Defence Corps (NSCDC).

Naija News reports that the operatives of the Police allegedly dealt with the NSCDC officer in the presence of his wife and kids.

The Assistant Superintendent of the corp was identified as Ogar Jumbo, who died around the Nyanya Market in Abuja for allegedly violating traffic rules.

It was gathered that the officer was taking his kids and wife to school when he made a U-turn at a wrong location to enable him to meet up with the time.

The Policemen who were on duty as at the time the deceased violated the traffic rule, stopped the NSCDC boss and allegedly dealt with him until he met his death.

A source told Naija News that Jumbo who was dressed in his official uniform and realised he had violated the traffic rule, appealed with the officers, identified himself as an officer and went ahead to invoke the ‘esprit de corps’ slang while all the appeals fell on the deaf ears of the police officers.

The Commissioner of Police, Federal Capital Territory (FCT), Bala Ciroma, who was at the General Hospital to console the family of the deceased, said he had ordered the arrest of the officers who committed the crime.