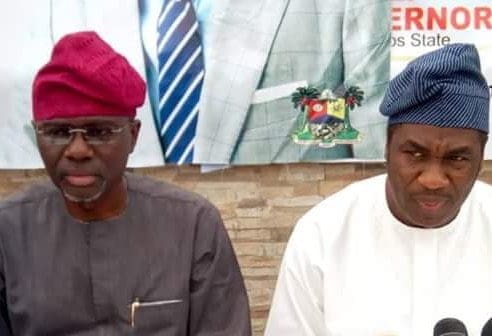 Mr. Sam Olumekun, the Resident Electoral Commissioner (REC), who made this known earlier today said that the lawmakers-elect of the Lagos State House of Assembly would also be given Certificates of Return the same day.

“The presentation of certificate of return to elected candidates is in conformity with Section 75 (1) of the Electoral Act 2010 (as amended).  “The presentation ceremony will take place at INEC Lagos Office, 6, Birrel Avenue, Sabo-Yaba, at 11:00 am for the Governor-elect and his Deputy.

“Meanwhile, that of the elected members of Lagos State House of Assembly will come up at 2:00pm,” Olumekun said in a statement.

According to him, all invited guests are requested to be seated by 10:30am and 1:30pm respectively for the two ceremonies.

Naija News, however, recalls that  INEC had on March 10 declared Sanwo-Olu winner of the poll that saw him defeat Jimi Agbaje of the Peoples Democratic Party (PDP), who polled 206,141 votes, and other contestants in the March 9 governorship election.

The commission will also on Saturday hold a supplementary election in the Ibeju-Lekki State Constituency I where the state assembly election was declared inconclusive.

Candidates of APC won in all the other 39 constituencies where state assembly elections are already concluded by the electoral umpire.