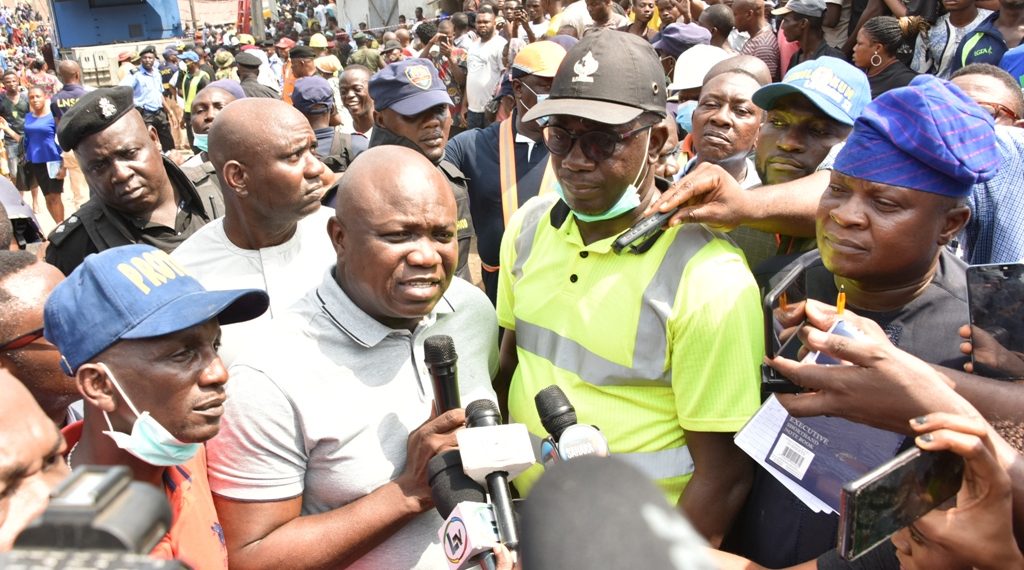 Following the collapse of a school building at 40, Massey Street, Ita-Faaji area of Lagos Island, that led to the death of many children and adults, the Lagos state government has ordered the owner and the developer to either show-up or face the full wrath of the law.

This is as another building collapsed at Egerton Square, Oke Arin, Lagos Island, two days after the Ita-Faaji building. Naija News reports.

Recall that Several others were rescued by state agencies after several hours under the rubble of the School building at Ita-faaji.

The state government has also inaugurated a five-man panel to investigate remote causes and provide remedies for the collapse of the three-story building.

Commissioner for Ministry of Physical Planning and Urban Development, Rotimi Ogunleye, inaugurated the panel headed by Olatunde Wasiu Olokunola, an engineer and builder.

Others members of the committee are Fitzgerald Umar, Bayo Owojori, Ayode Adediran, and Kunle Awobodu.

The committee is also expected to make recommendations on how to prevent future occurrence.

The commissioner said the panel has two weeks to submit its report to government for prompt action.

Ogunleye, during the inauguration, also urged residents to assist the government to expose distressed buildings across the state.

“The developer and the owner must come forward and present their case before us.

“It is an invitation for them. If they keep away, it suggests that they have something to hide.

“You all know the steps we took on Lekki Gardens when a building collapsed there.

“Prior to last Wednesday’s collapsed building episode, we had captured 149 buildings; which were marked for demolition across the state.

“In the first phase, last year, we removed 40 structures across the state.

“We were about embarking on the second phase in which we had itemised 30 structures to be removed before the building on Massey Street collapsed.

“Now, we have scaled up the structures to 51. The number is not restricted to Lagos Island alone.

“Of the 51 buildings, about 48 are on Lagos Island alone.

“So, the issue of monitoring within the axis and other parts of the state, would be steppped up; to ensure government rids the state of distressed buildings.